'You should lead by your character and not by what’s on your collar,' he wrote 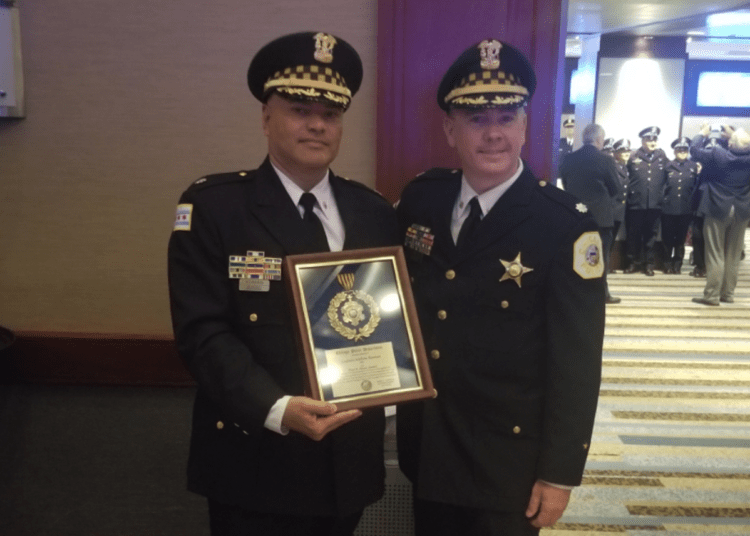 Roman’s departure comes months after he was demoted following protests outside of Chicago Mayor Lori Lightfoot’s 14th District home, where he served as area commander.

Roman was removed from his command position, demoted to the rank of captain, and then reassigned to become co-commander of the 20th district in July after people complained of his handling of the protests, CWBChicago reported.

“Obviously Lightfoot didn’t like the handling of the protesters last night,” one source told the news outlet.

The police commander was the recipient of the 2019 Paul R. Bauer Leadership Award, so he has clearly  demonstrated what it takes to be a leader of people.

He discussed the lack of trust and infighting, adding that the administration “listens to no one,” according to Fox News.

“Officers are the most important aspect of our mission,” Melvin declared. “They must have trust and faith in us as supervisors to leave the station and fulfill the missions we decide and they do that because they respect and have faith in the MEN AND WOMEN who lead, NOT the rank! This is a fact that some will never understand.”

According to Melvin, supervisors at CPD “have had the benefit of some of the most prestigious leadership training and still do not know the most fundamental traits of a leader.”

“Some will claim they do care and maybe they do, but if your outward demeanor exemplifies disdain and a lack of respect, that is what is received. Rank should be perceived as a level of responsibility,” he continued. “Even though it’s also authority, you should lead by your character and not by what’s on your collar.”

The mayor and Chicago’s police union have often clashed during the course of her administration. Most rank and file officers harbor harsh criticism of her ability to lead. Her directives have had a petrifying impact on CPD’s leadership, as illustrated in Roman’s letter.

Law Officer reported Wednesday that Cook County has suffered 1,000 homicides this year, a grim statistic that has not occurred in 27 years. The City of Chicago has contributed 777 homicides to that figure. Lightfoot has several lame reasons for the spike in violent crime, but CPD’s officers blame her and other woke politicians and judges for the ongoing deadly disaster.