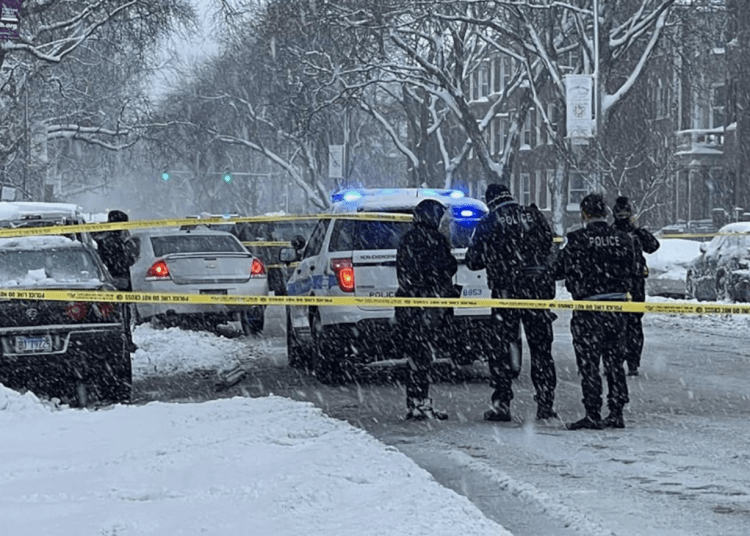 CHICAGO — Chicago recorded 51 homicides in January—the highest total the city has recorded for the month in four years, according to a report. Overall, gunfire also soared last month, despite cold weather gripping the city. Chicago recorded 201 shootings through the end of January, police said. In 2020, the same time period saw 137 shootings, according to the Chicago Sun-Times.

Last year, the city recorded 35 homicides in January, according to data released Monday by the Chicago Police Department and cited by the paper.

Shootings of Police Officers Up 150%

At least 10 officers have been shot since the beginning of 2021, compared to four officers struck during January last year, according to the paper.

The increase in violent crime last year was blamed on several factors, including the stress of the COVID-19 pandemic, state and local restrictions, and an unprecedented economic crisis, the Chicago Tribune reported.

Chicago also saw 180% more carjackings in January than during the same month in 2020 — and police believe most of the offenses are being committed by young adults and teenagers, some of whom are currently out of school due to the coronavirus pandemic.

Carjackings rose about 135% last year to 1,415 and continue at a high pace this year, police statistics show. CPD recorded 218 carjackings in January 2021 — a staggering spike from the 77 reported during the same time last year, authorities told Fox News late Monday.

Law Officer is the only major law enforcement publication and website owned and operated by law enforcement. This unique facet makes Law Officer much more than just a publishing company but is a true advocate for the profession.
Share and speak up for justice, law & order...
Tags: Chicago homicidesChicago Police Departmentillinois