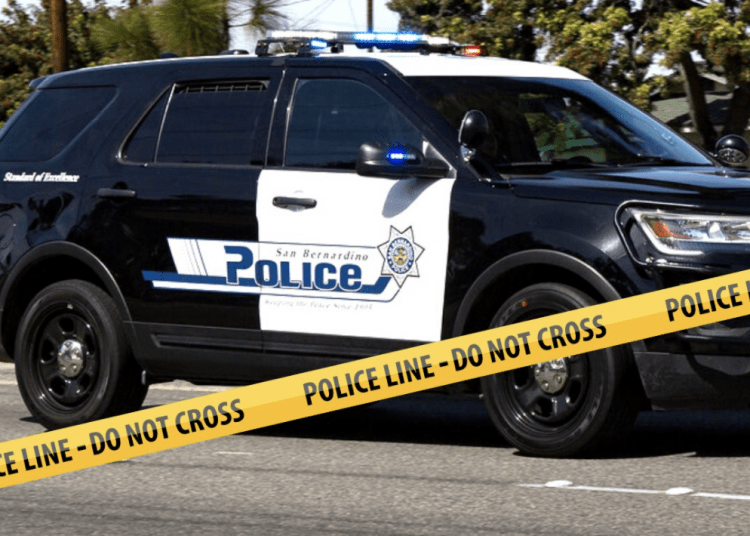 SAN BERNARDINO, Calif. — A pair of Southern California police officers were shot Wednesday while trying to contact a suspect in the pursuit ambush shooting of a sheriff’s deputy, which occurred on Tuesday.

San Bernardino Police Department had the suspect, identified as Ervin Olikong, under surveillance and SWAT officers moved in Wednesday afternoon after deciding that it was the best chance to bring him into custody, Chief Eric McBride said.

According to authorities, Oikong, 34, is a gang member with an extensive criminal history, Los Angeles Times reported.

Shots were fired at Victoria Avenue and Rosemary Drive in Highland as the SWAT team attempted contact with the suspect. As a result, two officers were struck by gunfire, said Cindy Bachman, a spokeswoman for the San Bernardino County Sheriff’s Department.

Officers returned fire. Olikong was shot during the encounter and died at the scene, authorities said.

The wounded officers were taken to Loma Linda University Medical Center for treatment, according to Bachman.

On Wednesday, August 18, 2021, at approximately 3:38 pm, officers from the San Bernardino Police Department were investigating the officer-involved shooting that occurred on Tuesday, August 17, 2021. During the investigation, officers attempted to contact a person they believed was involved in the shooting.

While attempting to contact the suspect, the suspect opened fire at officers and an officer-involved shooting occurred. The suspect was struck by gunfire and was pronounced deceased at the scene.

Two San Bernardino Police Officers were injured during the shooting and were transported to Loma Linda University Medical Center, where they are being treated for their injuries.

As of late Wednesday evening, one officer was in surgery, said San Bernardino Police Lt. Michele Mahan. The other officer also remained hospitalized, according to the Times.

Both were doing well and were expected to survive their injuries, Mahan said.

In Tuesday’s shooting, a San Bernardino County Sheriff’s deputy had been in pursuit of a fleeing vehicle.

Surveillance video from the area shows the deputy’s vehicle chasing after the suspect in a residential neighborhood, Law Officer reported.

The suspect turns a corner and as the deputy follows, a barrage of more than 30 gunshots are heard.

Investigators say after rounding the corner, the gunman exited his vehicle and waited for the deputy with a rifle, opening fire as the patrol unit made the turn.

“This was an ambush situation,” said Sgt. Equino Thomas with the San Bernardino Police Deparment, which is investigating the incident.

“The suspect was able to exit his vehicle. He was able to retrieve a rifle and assume a position where he was able to fire at the deputy as he came around that corner.”

After being shot, the deputy radioed a “shots fired” call. Hence, other deputies raced to the scene to assist him, placing him into a unit to drive him to a nearby hospital. He was later transported to the trauma center at Arrowhead Regional Medical Center in Colton.

The 27-year-old deputy, whose name has not been made public, remains hospitalized in stable condition.