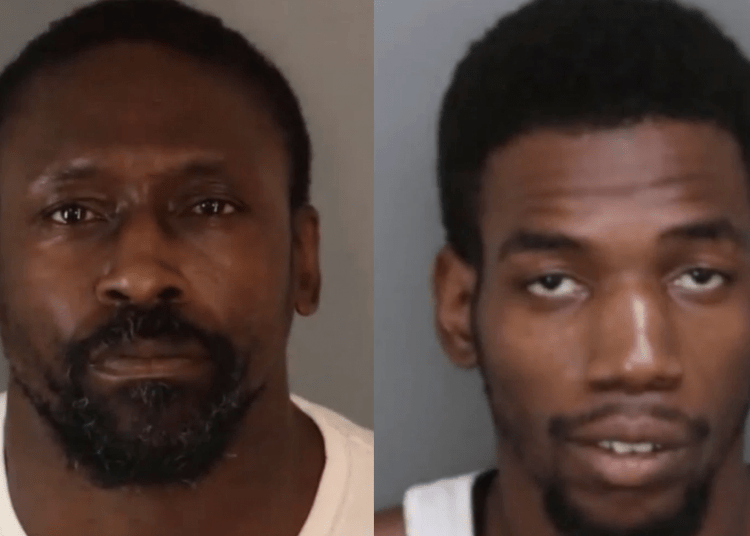 SOUTHERN CALIFORNIA — Two San Bernardino men described by authorities as a “serial rape crew” were taken into custody in connection with multiple sexual assaults that occurred in the Inland Empire over the past few years, police announced Friday.

Investigators from multiple agencies worked together to apprehend Kenneth Watson, 42, and Barnard Saddler, 23, using DNA evidence to link both men to various crimes, according to a joint agency news release.

The rapes occurred in Ontario, San Bernardino and Riverside and were investigated by each city’s Police Department and other agencies. Moreover, Watson has been linked to a sexual assault in Portland, Oregon, according to authorities.

“Watson and Saddler are currently no longer a threat to the community,” police said in a news release, KTLA reported.

In 2019, the San Bernardino Police Department investigated the sexual assault of a woman in the area of North G and West Night streets. The woman was walking when she was approached by both suspects, according to San Bernardino Sgt. John Echevarria.

She “was grabbed, forced into a vehicle and forcibly raped,” the sergeant said.

In another case from February 2020, a woman was “violently sexually assaulted” by one of the suspects, according to a Riverside Police Department news release.

She had been approached by Watson while walking in the 1700 block of University Avenue and he convinced her to get into his vehicle, where the assault took place, authorities said. The victim had to be hospitalized.

In October 2020, the Ontario Police Department investigated a case where a woman was sexually assaulted by two men after being kidnapped and driven to a remote location, according to detectives.

DNA evidence ultimately linked Watson to all three cases and Saddler to the San Bernardino and Ontario assaults, according to investigators.

Additionally, San Bernardino detectives used biological material to match both men to other unsolved sex crimes, including one from March 2019. Individually, DNA was used to link Watson to an October 2018 rape and Saddler to a January 2019 rape, according to Echevarria.

Watson was arrested last month in Jurupa Valley by the Riverside County Sheriff’s Department on suspicion of various crimes and booked into the Robert Presley Detention Center, police said. He’s being held on $1 million bail.

Saddler was arrested in Las Vegas and is awaiting extradition back to Southern California, Ontario Officer Eliseo Guerrero said.

Charges have already been filed by the San Bernardino County District Attorney’s Office, according to spokesperson Grace Underwood, KTLA reported.

The DA’s office is aware of other cases involving the two men and will review those once they are submitted, Underwood added.