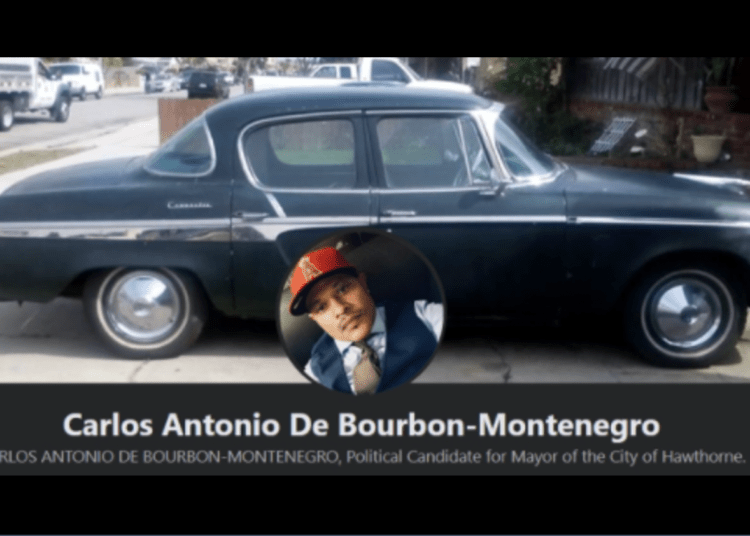 LOS ANGELES — Two men have been charged for submitting thousands of fraudulent voter registration applications on behalf of homeless people, prosecutors announced Tuesday. One of the suspects was a mayoral candidate for the city of Harwthorne, according to reports.

Montenegro also is accused of falsifying names, addresses and signatures on nomination papers under penalty of perjury to run for mayor in the city of Hawthorne, according to CBS Los Angeles.

He and 34-year-old Marcos Raul Arevalo were each charged with one count of conspiracy to commit voter fraud, eight counts of voter fraud, four counts of procuring and offering a false or forged instrument and four misdemeanor counts of interference with a prompt transfer of a completed affidavit.

Furthermore, Montenegro faces an additional 10 counts of voter fraud, seven counts of procuring and offering a false or forged instrument, two counts of perjury and five misdemeanor counts of interference with a prompt transfer of a completed affidavit.

It seems like the conspiracy went beyond bogus apps for homeless people. The county is accusing Montenegro of submitting thousands of fraudulent ballot applications on behalf of “fictitious, nonexistent or deceased” voters, according to the felony complaint, Fox News reported.

“What this does is it illustrates that election officials here as well as across the country take these issues very seriously. This was 8,000 registrations in a jurisdiction that has 5.8 million voters,” Dean Logan, the county’s top election official, told the Los Angeles Times.

None of the fraudulent ballots in question were submitted in the general election, he added.

The Daily Breeze reported in August that Bourbon-Montenegro fell short of the 20 signatures required to get on the ballot.

The district attorney’s Bureau of Investigation, the Los Angeles County Registrar-Recorder/County Clerk’s Office, the FBI, the Covina Police Department and the California Secretary of State’s Office all took part in the investigation into the two men, the release noted.