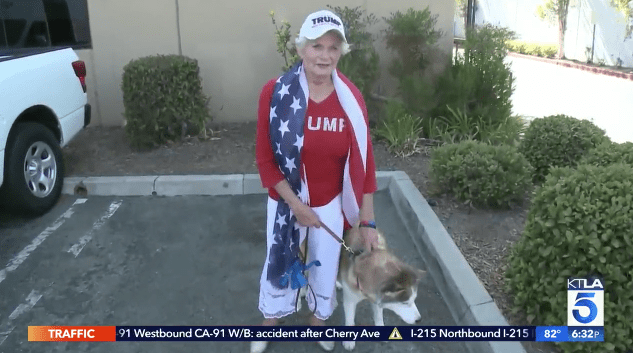 ALISO VIEJO, Calif. — A 33-year-old California man is in police custody after attacking several people during a Pro-Trump rally in Aliso Viejo.

“He took his hand way back like he was going to punch me, and [he] hit me right across the face,” 84-year-old Donna Snow recounted in an interview with CBS Los Angeles.

“Broke my earrings off,” she added.

According to the Orange County Sheriff’s Office, a retired police officer then got involved and pulled his gun as the man attempted to run from the scene. Another person at the rally was knocked to the ground by the man while trying to help others, and a third victim was taken to a local hospital with a neck injury.

According to the sheriff’s office, Alvin Gary Shaw was taken into custody on suspicion of elder abuse, assault with a deadly weapon and assault and battery after allegedly attacking three people in attendance. Officials said Shaw was armed with a knife, which deputies said they found in a nearby bush, and was fighting with Trump supporters.

The incident is the latest in continuing attacks on Trump supporters.