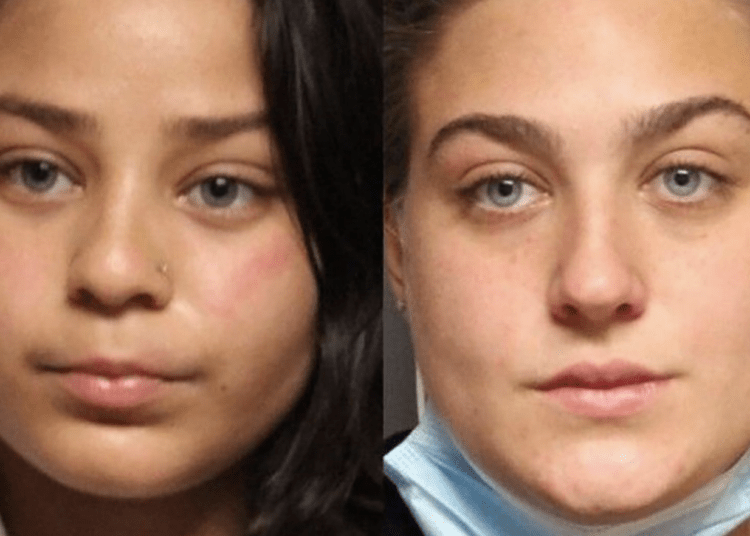 Because he was simply showing his support for President @realDonaldTrump.

“[H]arming another person – let alone a child – because of the expression of their views betrays the principles on which our country was founded,” Delaware Attorney General Kathy Jennings said.

The two women were arrested in connection with a viral video that showed the suspects ripping up Trump signs and stealing a MAGA hat near the site of Democrat Joe Biden’s acceptance speech in August, Law Officer reported.

The video also shows a heated confrontation between the suspects and adults coming to the defense of a 7-year-old supporter of President Trump, FOX reported.

“That’s somebody else’s hat,” the 7-year-old boy is heard saying in the video after the women rip up several Trump signs in the parking lot of the Chase Center in Wilmington, where portions of the Democratic Convention were held.

One of the suspects grabs a Trump hat that was lying on the ground.

“Get your hat back, baby,” an adult is heard saying to the boy as they follow the suspects, demanding the return of the hat.

During the fracas one of the suspects is also seen punching a man in the face after he joined the mother and son in an attempt to get the hat back.

Three of the charges are felonies. As a result, the women face an exposure of up to 15 years in prison if convicted, according to Delaware Online.

Winslow and Amy are currently out on bail.