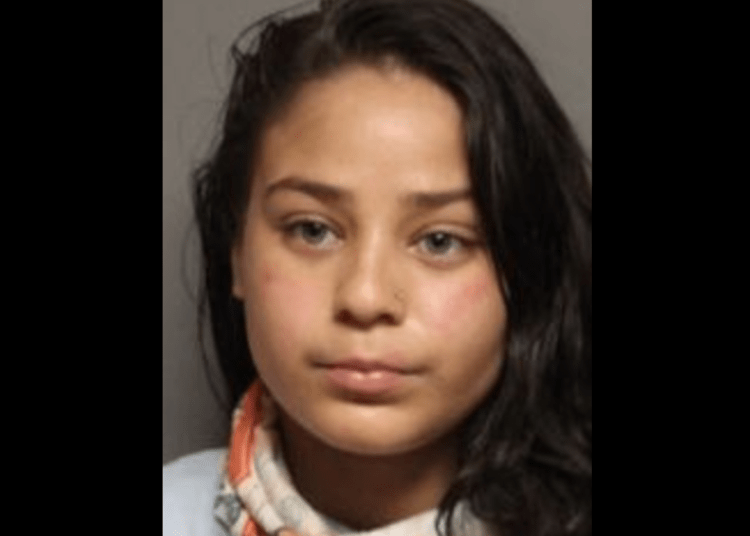 WILMINGTON, Del. — A woman was arrested in connection with an anti-Trump incident, which was captured on video on the final night of the virtual Democratic National Convention on Wilmington’s Riverfront.

Subsequent to the crime, the video has gone viral.

Olivia M. Winslow, 21, was taken into custody Friday after Wilmington Police were called to the 600 block of Justison Street the evening before for reports of an offensive touching incident involving a 7-year-old boy, WDEL reported.

“Student for Trump” circulated the video on social media. It shows two women, one police said was Winslow, tearing up Trump signs and stealing the young boy’s “Make America Great Again” hat. The video shows the boy crying, and his mother encouraging him to get his hat back.

Because he was simply showing his support for President @realDonaldTrump.

Police said they arrested Winslow after reviewing video footage of the event. A second woman involved has not yet been taken into custody.

Court records report the victim telling police the woman who’s yet to be arrested “forcefully” snatched a political sign from her hand while Winslow stole the MAGA hat and handed it to her cohort, according to WDEL,

Moreover, Winslow is accused of knocking a hat off an adult woman’s head. As the victim’s 7-year-old son went to retrieve the hat off the ground, the woman who’s yet to be arrested attempted to stomp on the hat, but stomped on the boy’s hand, according to statements in court records. The little boy wasn’t hurt, but did begin to cry, police said.

The woman who’s yet to be arrested is accused of punching a third victim, a man, in the face, resulting in a small laceration to his lip which caused him “substantial pain” the victim told police, according to court documents.

The woman who hasn’t been arrested then threw the MAGA hat over a fence and struck the adult woman in the face with a closed fist, which did not result in injury, court records said.

She was arraigned and released on her own recognizance.

The second woman was identified as Camryn Amy, 21. She was taken into custody by police on Saturday, Fox reported.

Amy has been charged with robbery, conspiracy and endangering the welfare of a child, according to Delaware Online. 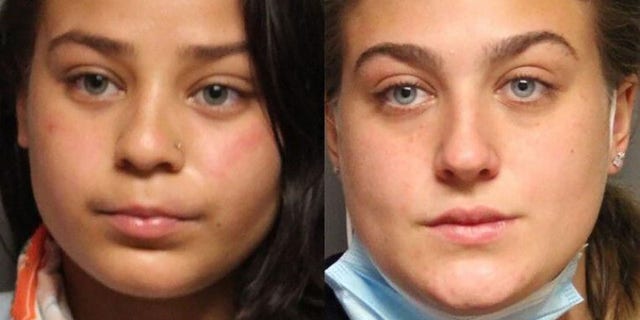