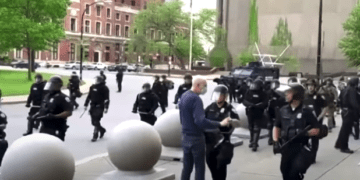 'I don’t want to jump ahead of the investigation. It is very important for officers to know they are getting due process' 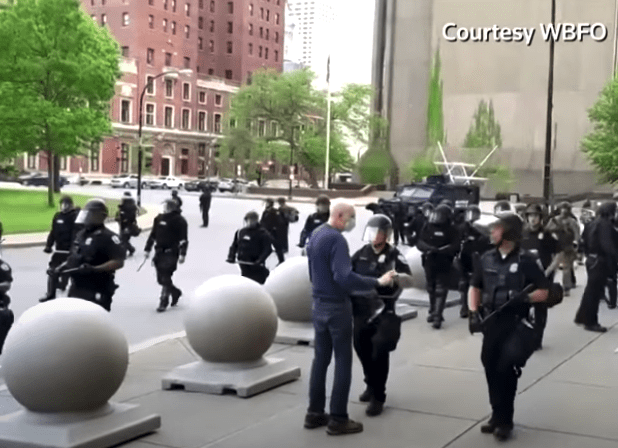 BUFFALO, N.Y. — The elderly Buffalo protester knocked to the ground by police officers in a viral video was an “agitator” who was “trying to spark up the crowd of people,” the city’s mayor said.

Explaining why he had yet to fire the officers seen pushing Martin Gugino, 75, to the ground, where he hit his head and bled onto the pavement, Mayor Byron Brown said, “I don’t want to jump ahead of the investigation. It is very important for officers to know they are getting due process,” according WBEN.

In the context of violence, vandalism, looting, and arson, the mayor described Gugino as “a key and major instigator of people engaging in those activities” in remarks he made Friday.

“He was in the area after the curfew. One of the things that happened before was conflict among protesters and there was a danger of fights breaking out, and police felt it was important to clear that scene for the safety of protesters,” said Brown.

Gugino is recovering in the hospital, reported the New York Post.

State Police will be brought in to assist Buffalo after the department’s entire Emergency Response Team, consisting of 57 officers, resigned in solidarity with the two officers who were suspended over the altercation with Gugino, the mayor said.

“Our residents in every section in the city of Buffalo will be protected,” Brown said, vowing police would also protect “everyone who is peacefully protesting.”