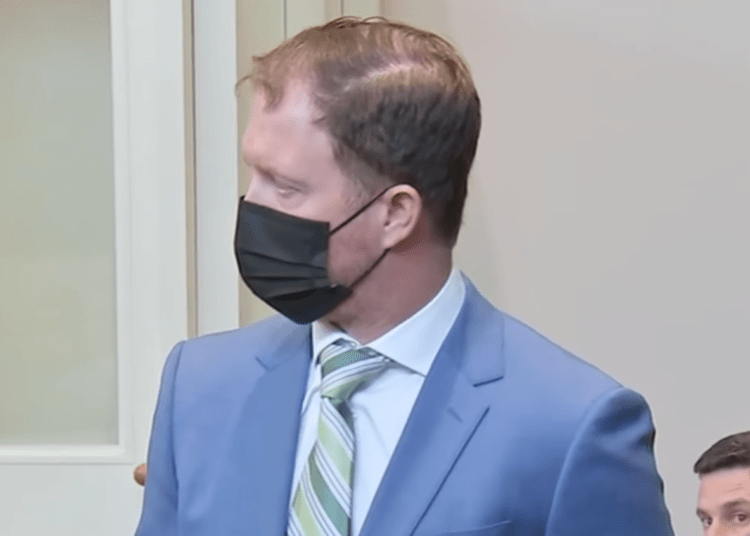 BOSTON — A Boston police officer was the subject of an internal inquiry. During the investigation he reportedly intimidated and harassed a detective sergeant who was conducting the internal investigation. Now the officer has been arrested for the offense and found himself facing a criminal court judge on Monday.

The prosecutor said in court that Morrissey’s arrest stems from an internal investigation for allegedly violating the City of Boston’s residency ordinance.

According to the prosecutor, Morrisey was placed on administrative leave effective Saturday, March 5. The following day, at 1:40 a.m., Morrissey went to the home of a detective sergeant who is part of the department’s Anti Corruption Division, according to court documents.

During the middle-of-the-night visit, Morrissey was in his pickup truck 10 feet from the home. He was “close enough to block the egress of anyone entering or exiting the home.”

The detective sergeant looked out of his house and saw Morrissey roll down the window in his truck, Boston 25 News reported.

“Morrissey remained and stared at (the sergeant) who was standing in house house behind a glass storm door for approximately one and one-half minutes and then drove away,” according to court documents. “Morrissey did not say anything or exit his vehicle.”

“This was the third in a series of confrontations instigated by Officer Morrissey while he was under investigation for allegedly violating the City’s residency ordinance.” according to court documents.

As a result, Morrissey was arrested Sunday night in Milton.

Following the hearing on Monday, Morrissey was released without bail. He was ordered to stay away from the sergeant’s home, family, and workspace at the headquarters of the Anti Corruption Division.

“All of us in law enforcement are supposed to protect the residents of the municipalities in which we serve, and we are rightfully held to the highest standard,’’ said Suffolk County District Attorney Kevin Hayden. “The actions of Office Morrissey are troubling on many levels: he lied about where he lived, and he intimidated a fellow officer who had placed him on administrative leave.’’

Morrissey is scheduled for a pre-trial hearing on April 21.