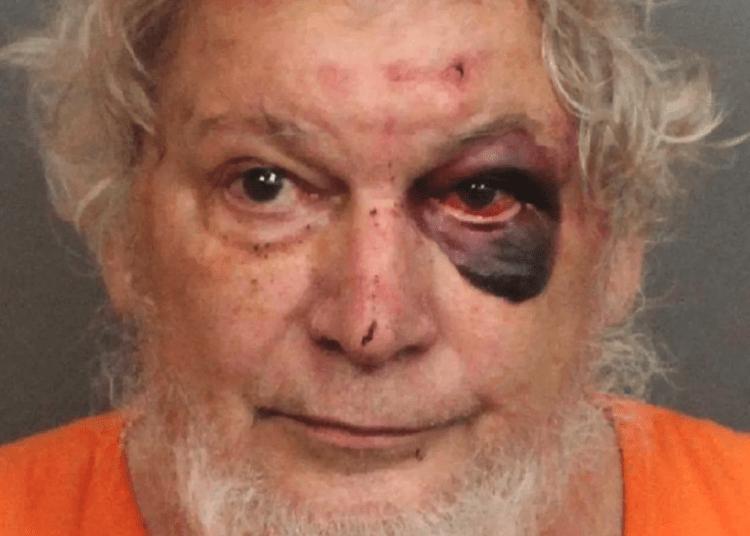 VESTAVIA HILLS, Ala. – A booking photo of the church shooting suspect in Alabama accused of murdering three people showed a prominent black eye after he was struck with a folding chair by a “hero” who took action when the homicidal man opened fire.

St. Stephens Episcopal Church in Vestavia Hills was hosting a “Boomers Potluck” Thursday evening. Robert Findlay Smith, 70, is charged with capital murder for the attack that occurred during the event, Fox News reported.

According to witnesses, Smith shot two 84-year-olds and a 75-year-old victim before another church member in his 70s rushed the gunman and hit him with a folding chair to halt the attack.

The congregant was able to disarm Smith, but left him with a large “shiner,” according to the booking photo released by the Jefferson County Jail in Birmingham. However, under the circumstances, that is minimal damage.

“He hit him with a folding chair, wrestling him to the ground, took the gun from him and hit him in the head with his own gun,” the church’s retired pastor, Rev. Doug Carpenter, said.

All three victims shot during the Thursday attack have succumbed to their injuries, authorities confirmed Friday, Law Officer reported.

The gunman who previously attended church events apparently declined invitations from participants to join them at the potluck dinner before he opened fire, according to Fox.

“Why would a guy who’s been around for a while suddenly decide he would go to a supper and kill somebody?” Carpenter, who retired in 2005, questioned. “It doesn’t make sense.”

Attendees held the suspect in place until police arrived and took him into custody.

“The person that subdued the suspect, in my opinion, was a hero,” Capt. Shane Ware said during Friday’s press conference, saying the act was “extremely critical in saving lives.”