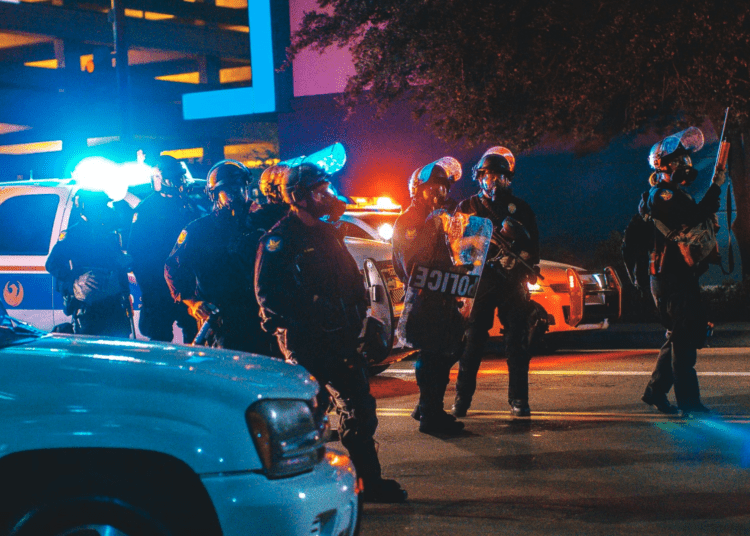 The Blaze reported that the reply brief, filed by his attorneys on Friday, argues that Chauvin never had a chance to receive a fair trial for several reasons, including violent riots before and during the trial, endless negative media coverage, a lack of a “cooling period,” and one supposedly activist juror who “lied” on his jury form.

According to the brief, the riots that erupted in 2020 after the death of George Floyd “poisoned the jury against” Chauvin and that the lingering threat that the rioting would escalate in the event of an acquittal nearly guaranteed Chauvin’s conviction. Citing a 1997 case in which another police officer killed a suspect, the brief argues that no circumstance could be “more prejudicial … than that of a juror discovering that the City he or she resides in is bracing for a riot … in the event the defendant on whose jury you sit is acquitted.”

Chauvin’s lawyers likewise blame the media and various law enforcement bodies in the state of Minnesota for either wittingly or unwittingly tainting the jury. They wrote that media “coverage glorified Floyd and demonized Chauvin,” that various news outlets “falsely” reported that Chauvin “had his knee on Floyd’s neck thereby choking Floyd,” and that “pretrial publicity held up Chauvin as the symbol of police brutality.”

The lawyers also claim that the Minneapolis Police Chief and the head of the Department of Public Safety in Minnesota, unnecessarily prejudiced a jury against Chauvin since both referred to the incident as a “murder” within weeks of Floyd’s death.

Liz Collin, an Emmy award winning reporter and anchor has written what is being described as a “bombshell” book on the George Floyd Incident. Titled “They’re Lying: The Media, The Left, and The Death of George Floyd,” Collin has uncovered even more troubling truths. The book will be released on October 17, 2022. 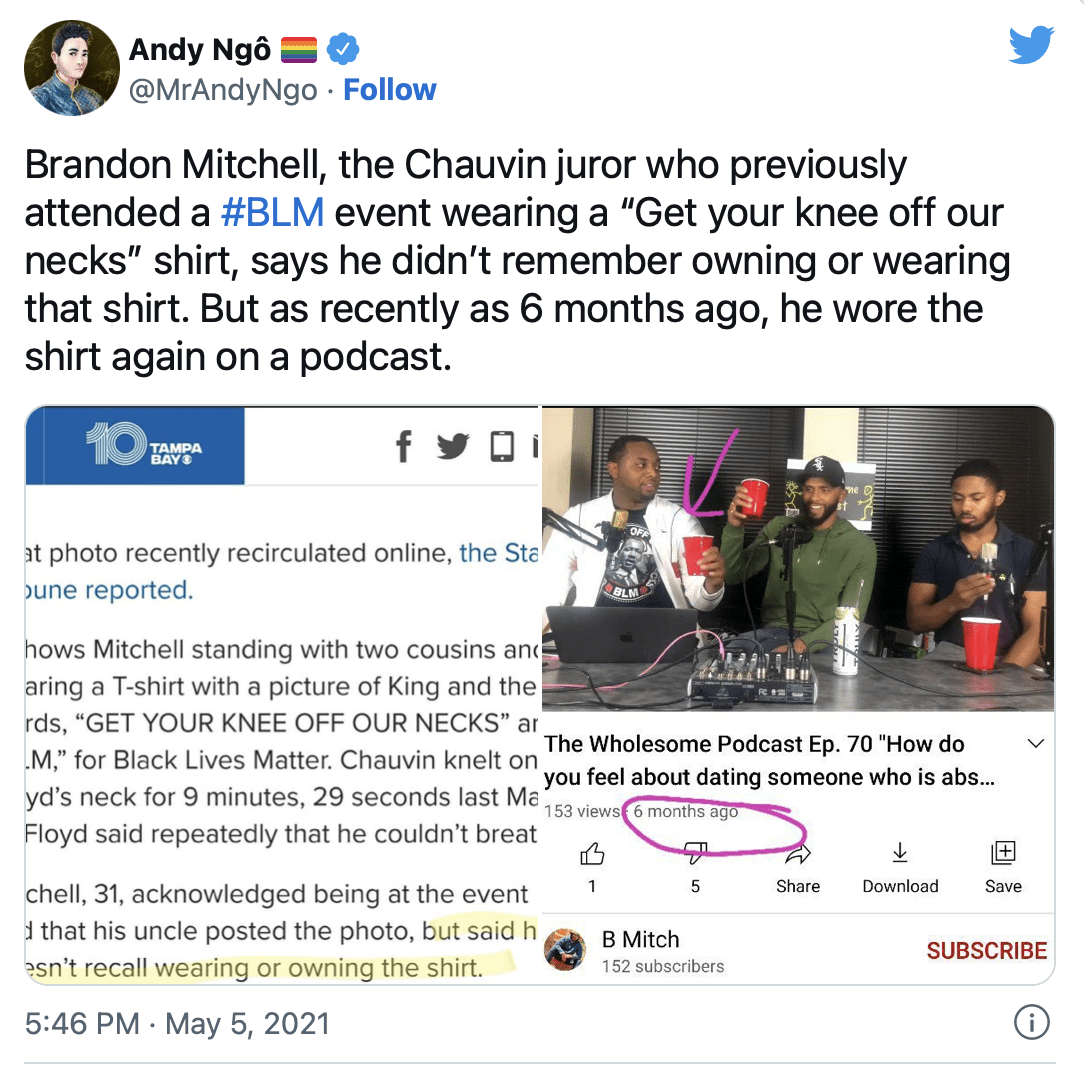 The brief also condemns the state’s eagerness to expedite the legal process against Derek Chauvin. Rather than permitting a “cooling period” to allow emotions to settle, the brief claims that “the court hastened Chauvin’s trial.”

“It is not mere speculation to anticipate that allowing a longer, reasonable duration of time would allow the community to feel less of the pressure from fallout from the Floyd riots,” the brief states.

Finally, the brief points out that one juror, Brandon Mitchell, who has since publicly identified himself, “lied” on the pre-trial jury questionnaire “regarding his views of the case and the extent of his activism.” Though Mitchell checked “No” when asked whether he had ever advocated for police reform or demonstrated “about police use of force or police brutality,” the brief claims that Mitchell actively participated in at least one George Floyd-themed demonstration and can even be seen wearing a t-shirt with the message “BLM * Get Your Knee Off Our Necks.”

Chauvin’s brief also offers several legal arguments about whether the former police officer could even be charged with felony murder and whether the judge presiding over the case denied the defense an opportunity to submit key evidence.

Chauvin is currently serving a sentence of 22.5 years. The filing asks for three possible outcomes in the appeal: a reversal of Chauvin’s convictions, a retrial, or resentencing. Chauvin’s lawyers submitted it in response to a filing made by the state early last month, arguing that justice had been served in the case.