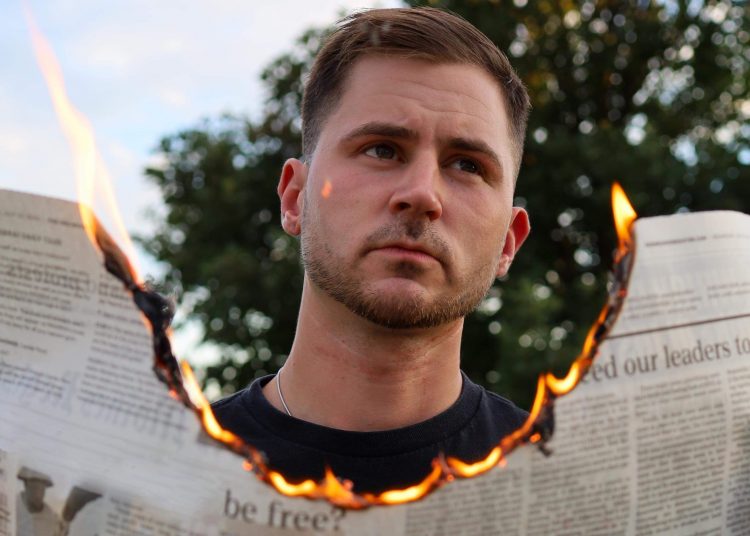 As Law Officer previously pointed out, the media often avoid specifics and descriptions of shooting suspects—when the suspects are African American. Multiple mass shootings in Miami, Texas and other locations—along with some very peculiar behavior by the media—not only highlights a growing problem of violence, but how the media plays a role in making things worse.

And in the name of “accountability,” it seems that the media is failing miserably to hold themselves accountable for endangering the public. Following yet another mass shooting in America, that left four people shot, the Austin Police Department released a description of the suspect: “…The suspect(s) remains at-large. It is unknown if there is one, or multiple suspects involved. There is one suspect described as a black male, with dread locks, wearing a black shirt and a skinny build.”

Yet what is perhaps most disturbing, frustrating, and idiotic, is that the paper is not publishing the description because it “could be harmful in perpetuating stereotypes.” Their entire statement was published at the bottom of the story:

Editor’s note: Police have only released a vague description of the suspected shooter as of Saturday morning. The Austin American-Statesman is not including the description as it is too vague at this time to be useful in identifying the shooter and such publication could be harmful in perpetuating stereotypes. If more detailed information is released, we will update our reporting.

However, when white suspects are involved, the mainstream media appears to have no problem with vague descriptions—or even speculating about how white suspects think, act, and feel.

For example, following the death of two Austin residents in 2018 by a package bomb, law enforcement didn’t give out a suspect description because at the time they didn’t have one. This did not stop the  did not stop The Austin American-Statesman newspaper from speculating about telling the world exactly who they believe did it:

“…In England, David Copeland’s 1999 bombs targeted blacks, Asians and gays. Still, researchers have identified some broad characteristics that police turn to in trying to identify deadly bombers. All have been white men. While they have varied educational attainment, they were of above-average intelligence and mechanically inclined. Almost always, they were furious.”

Indeed, without a suspect description or a motive, The Austin American-Statesman told that this crime could be motivated by racism—and the suspect is likely your stereo-typical “angry white guy.”

But more importantly, there’s a reality of violent crime: 9 out of 10 blacks are killed by other blacks.

So, needless to say, The Austin American-Statesman editors and writers may want to think twice.

And The Austin American-Statesman and other media outlets should start holding themselves accountable, because if 9 out of 10 blacks are killed by other blacks, avoiding descriptions of black suspects is most likely going to endanger black victims.

So much for avoiding “harmful” stereotypes… 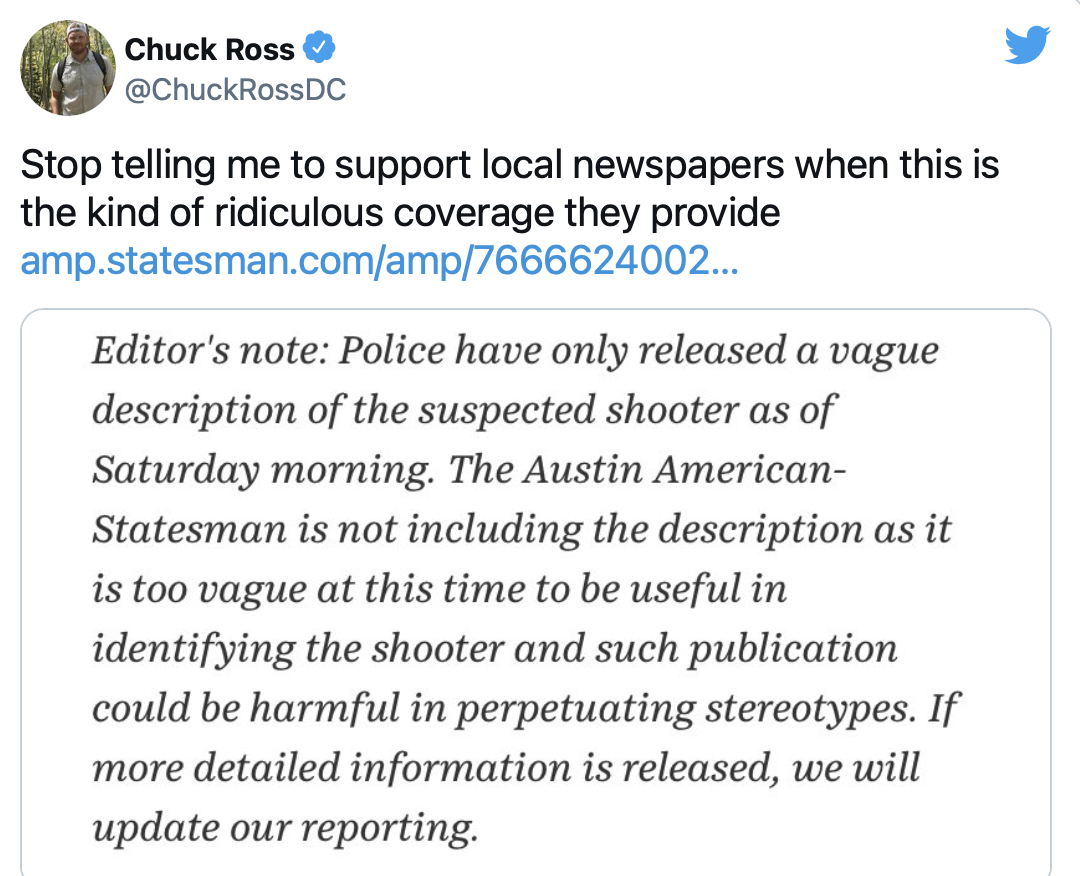