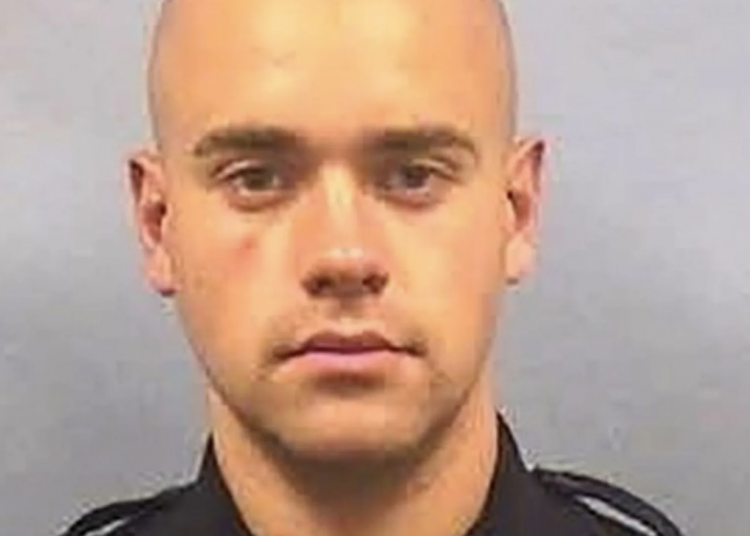 ATLANTA — A lawyer for Police Officer Garrett Rolfe said Wednesday that the City of Atlanta’s Civil Service Board’s decision to reinstate his client was the right move, sending the message that “due process matters.” Rolfe was terminated nearly immediately following the fatal shooting of Rayshard Brooks last summer. The Civil Board decided Tuesday that the officer was indeed denied his right to due process.“

We are very excited that the Civil Board says that due process matters,” attorney Lance LoRusso said in a statement, according to CNN. LoRusso added that his client’s “reinstatement will likely take some time, but he intended to get his client back to work.”“Due to the City’s failure to comply with several provisions of the Code and the information received during witnesses’ testimony, the Board concludes the Appellant was not afforded his right to due process,” the board said. “Therefore, the Board GRANTS the Appeal of Garrett Rolfe and revokes his dismissal as an employee of the APD.”

Rolfe was hit with felony charges in the death of Brooks a week after the fatal shooting took place in a Wendy’s parking lot. The reinstated officer is currently facing 11 counts, including felony murder and assault with a deadly weapon, Daily Wire reported.

“It is important to note that the CSB did not make a determination as to whether officer Rolfe violated Atlanta Police Department policies,” the department said in a statement. “In light of the CSB’s rulings, APD will conduct an assessment to determine if additional investigative actions are needed.”

Back in June, Atlanta Police Department homicide detective assigned to the Brooks case, Al Hogan, sided with Rolfe in a defense filing, noting that he would have brought 10 charges against Brooks had he survived the incident, Daily Wire reported.

“Atlanta PD detective assigned to the [Rayshard Brooks] investigation says he would have charged Brooks — not Rolfe — with 10 counts, including multiple felonies,” posted legal analyst Philip Holloway. Captioning a screenshot of Hogan’s letter, Holloway noted: “Usually law enforcement are witnesses for the state but this is from a defense filing.”

READ IT: #AtlantaPD detective assigned to the #RayshardBrooks investigation says he would have charged Brooks – not Rolfe – with 10 counts, including multiple felonies. Usually law enforcement are witnesses for the state but this is from a defense filing. pic.twitter.com/huj903b7Tu

“Mr. Books on the night of this incident, was calm. He was cordial. And really displayed a cooperative nature,” Howard said at the time. “We concluded and considered it as one of our important considerations that Mr. Brooks never presented himself as a threat.”

Howard’s comments conflicted with video evidence of the encounter.

Mark Gardner and Ivory Streeter were fired for pulling two college students from a car and deploying a Taser on them during summer protests. As a result, they filed a lawsuit against Mayor Keisha Lance Bottoms and then Police Chief Erika Shields last year. (Shields has since moved on to the Louisville Metropolitan Police Department.)

The lawsuit accuses the City of Atlanta and its Police Department of firing the officers in violation of the city’s code, without investigation, proper notice, or a pre-disciplinary hearing.