Did Rayshard Brooks have a relationship with the woman accused of arson? 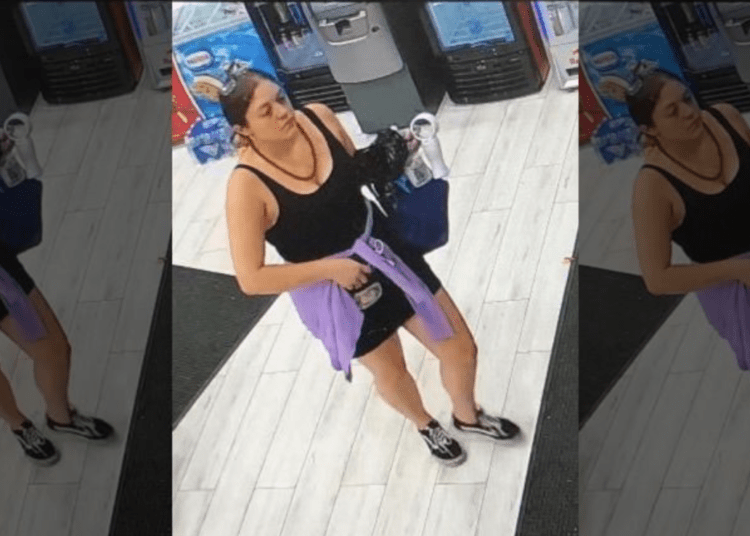 A woman identified as Natalie White is wanted for the arson of Wendy's in Atlanta. (Twitter)

ATLANTA — Atlanta arson investigators said Saturday they’ve identified a female suspect who is being sought in connection with a Wendy’s fire that was set after the shooting death of Rayshard Brooks.

The Atlanta Fire Department obtained an arrest warrant for Natalie White, 29, for first-degree arson, which is considered a felony in the state of Georgia, Fox 5 reported.

White’s face was captured on video surveillance and shared during a news conference on Tuesday at a fire station on Manford Road.

Previous pictures reportedly showed one suspect wearing black clothing and a facial covering, while the other — who turned out to reportedly be White — went without a mask and wore a black top with a purple shirt wrapped around her waist.

#BreakingNews@ATLFireRescue Investigators release new & clearer photos of the woman suspected of starting the fire at the Wendy's where #RayshardBrooks was killed by police Friday night. Investigators will give an update soon. Follow @aungeliquefox5 proctor for details.#Fox5Atl pic.twitter.com/OL7U1EISOC

Officials said White is suspected of setting fire to the Wendy’s on June 13 and that additional arrests may be forthcoming.

The Fox Report with Jon Scott on Saturday reported that White may have had a personal relationship with Brooks.

During the field sobriety tests, Brooks is heard saying on video, “This is University Avenue. I’ve grown up here. Natalie White, she’s my girlfriend…”

It is unclear if “Natalie White” referenced by Brooks during the FSTs is the same individual sought by authorities for arson.

The State Arson control board had offered an additional $10,000 reward in the Wendy’s case after authorities previously announced a $10,000 reward for any information leading to an arrest, Fox News reported.