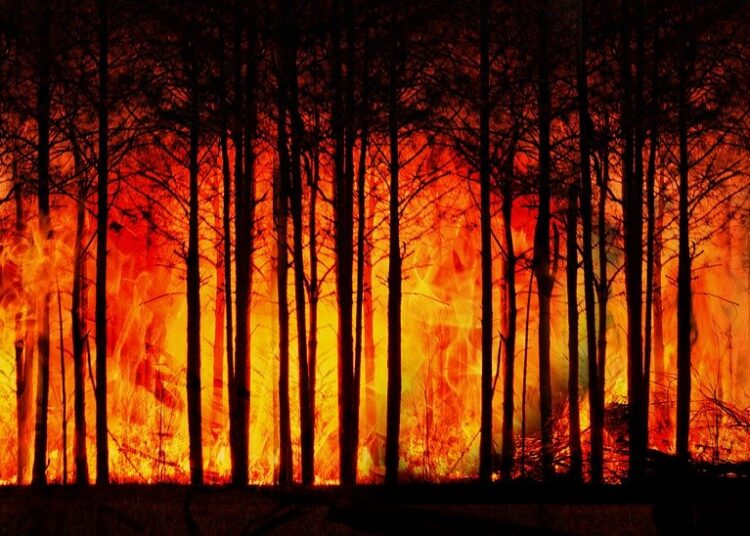 A suspected arsonist is now in custody thanks to the help of three local Oregon residents. According to police reports, a Bureau of Land Management official contacted police shortly before 2 p.m. local time on Monday afternoon to report seeing a white male walking along a gravel path and setting fires in a forested area near Mariel Lodge and Rogue River Ranch in the southwest corner of the state. Federal, state, and county agencies immediately sprang into action to contain the fires and apprehend the suspect.

However, the area where the suspect was spotted is so remote, police say, that it can be reached only via the Rogue River or by utilizing BLM roads. So accessing the burned areas and locating the suspect would likely be difficult.

Blaze Media reported that when some local residents found out about the suspect, they decided to help. Some residents doused the fire, while three residents spotted the suspect walking on the road near the fires and managed to place him under citizen’s arrest.

The Curry County Sheriff’s Office reported that the man — later identified as Trennon Smith of Veneta, Oregon — “became very combative” during the encounter with the three residents. So, the three tied Smith to a tree “to subdue him” until law enforcement arrived.

Smith currently faces two counts of first-degree arson and one count of reckless burning. He was also held on a detention warrant issued in Lane County, Oregon, for violating probation. His bail has been set at $100,000.