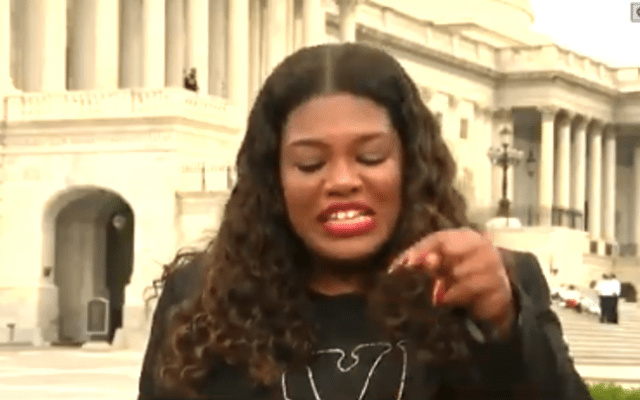 Americans understand the need for public safety and know that police officers are the force that stands between good and evil, despite calls by “Squad” member Rep. Cori Bush to neuter law enforcement, according to a recent survey.

By a lopsided 2-1 margin, likely voters in a new Rasmussen Reports survey disagreed with anti-police sentiments aired by Bush, who said last week that “defunding the police has to happen. We need to defund the police and put that money into social safety nets,” Washington Examiner reported.

According to Rasmussen, some 63% disagreed and 31% agreed with the defunding call.

In less than 30 seconds…

Cori Bush: “I’m going to make sure I have security.”
Also Cori Bush: “And defunding the police has to happen. We need to defund the police.”pic.twitter.com/yDgo0wviG2

Addressing another hot topic as it relates to the changing landscape in our nation’s capitol, voters also agree that “new Democrats in Washington attack and degrade all law enforcement officers” by a 57%-33% margin.

The survey found that 71% rated their police departments as good to excellent, revealing the support police have by its citizenry.

Furthermore, despite the mainstream media attempt to paint the institution of law enforcement with the broad brush of racism, 68% “don’t think most police officers are racist,” according to survey results previewed by Secrets, the Examiner reported.

Bush was harshly criticized when it was revealed that her campaign paid $70,000 in private security during the second quarter this year while she’s out beating the drum to “defund the police.” It’s part of the ongoing hypocrisy of the left as it relates to public safety politics.

Bush replied by telling people to “suck it up” because she claims to be that important of a public figure.