Alabama father, son both killed during exchange of gunfire after dogs are shot

Two dogs were killed during the bizarre series of events 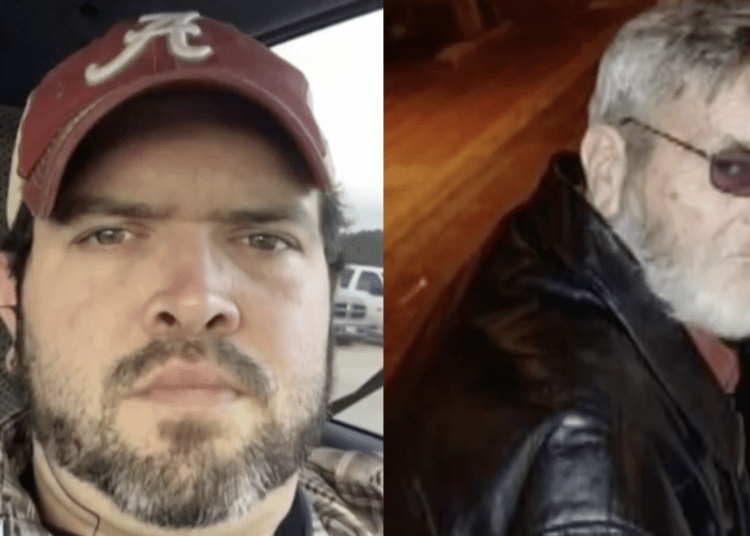 WASHINGTON COUNTY, Ala. — A fatal encounter between a father and son in Wagarville began after Kelvin Nicholas Coker, 32, reportedly shot his father’s dog Saturday afternoon.

Chief investigator for the Washington County Sheriff’s Office, Blake Richardson, says Nicholas Coker allegedly started shooting at four of the family dogs after one of them started messing with his girlfriend’s young child, WALA reported.

As a result, two of the dogs were killed, one of them was his own, the other belonged to his father.

“His brother said dad is going to be upset that you killed his dog and Nicholas allegedly pointed the shotgun at his brother and using choice language more or less told him to get off his property or he would kill him,” said Richardson.

Not long after the dogs were killed, Kelvin James Coker, 60, pulled up to his son’s home in his truck and a confrontation was underway.

“Nicholas pointed his shotgun at his father and his father then… who was seated in his vehicle drew his handgun, fired a shot and struck Nicholas.”

Nicholas, who was shot in the torso, returned fire with his shotgun striking his father in his neck and killing him.

Richardson notes the tragedy could have easily been avoided.

“It’s unfortunate that they would not value human life not any more than that.”

The Washington County Sheriff’s Office has recorded an extended history of violence at the Coker family’s property.

Deputies had just been out there for another incident last week.

In a 2012 incident, James Coker shot another son in the arm. At the time, he was charged with first degree assault.