The Shooting Was Captured On The Officer's Body Camera 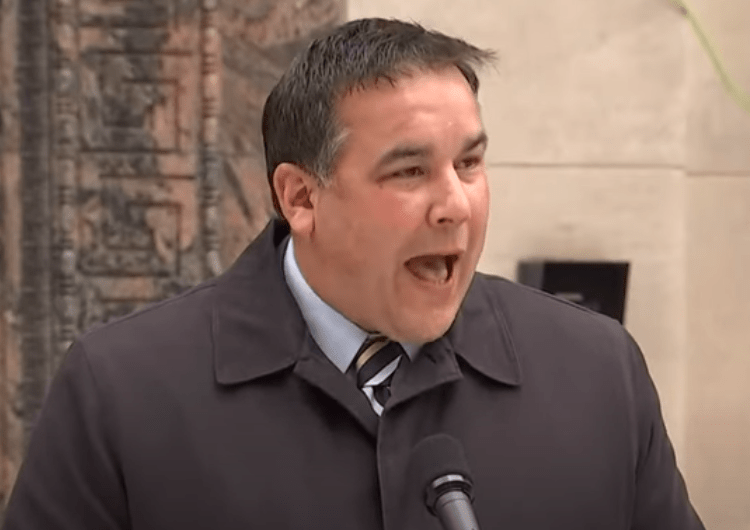 Tensions are high in Columbus (OH) on Tuesday after police responded to a disturbance call about a running vehicle at around 1:30 a.m..

10WBNS report that police arrived to see a garage door open and a man inside. The man walked toward the officer with a cell phone in his left hand but his other hand could not be seen.

An altercation occurred and the subject was fatally shot by one of the officers.

The victim or the officers have yet to be identified.

The officers did not activate their body cameras until after the shooting occurred but because the recording backs up 60 seconds, the shooting was captured on video but that feature does not allow audio.

Columbus Mayor Andrew Ginther said he was greatly disturbed by the fact that the cameras were not recording the incident and called it “unacceptable” on the part of the officers involved.

“So let me be clear, if you’re not going to turn on your body-worn camera, you cannot serve and protect the people of Columbus,” Ginther said. “I have asked Chief Quinlan to remove the officer involved of duty and turn in his badge and gun.”

As we have continued to document here at Law Officer, it is politicians that are doing the most harm to law enforcement and their community and this is not an exception.

Obviously, there are questions yet to be answered in this shooting and the investigation will reveal the facts but a politician that has had a resting heart beat below 80 for the last decade and most likely has never been on a disturbance call in the middle night is demanding the end of a police officer’s career…..for not pushing a button on a camera “before” the shooting….even though they still captured the event.

And of course Ginther just couldn’t resist his next comment.

“We are still raw from the killings of George Floyd, Breonna Taylor and less than 3 weeks ago, Casey Goodson Jr. Early this morning we learned of the killing of another African American at the hands of law enforcement,” Ginther said.

It shouldn’t have to be said but we will say it again. How does the death of George Floyd, Breonna Taylor or just about anyone else have to do with this specific incident?

And all Ginther is doing is telling the public, before any investigation has been completed, is that these cops were wrong.

Maybe they were and maybe they weren’t but to give that impression to an environment that is already tense, is shameful.

The job is tough enough without weak mayors making assumptions long before the facts are out and if you think that an unarmed suspect makes it an automatic, unjustified shooting, you simply are not living in reality.

The data proves that being unarmed has nothing to do with not being dangerous and all Ginther is doing is making an already difficult job….impossible.

We have a weird suggestion for every virtue signaling politician that is purposely placing a divide between law enforcement and the citizens that they serve.

Maybe they should do the job as a leader and calm the public while assuring them that a complete and transparent investigation will be conducted. Wait on the facts and report the facts before they run their mouth.

We won’t hold our breath for this sensible reaction to any tragic outcome.