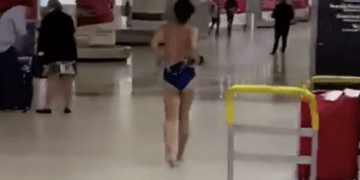 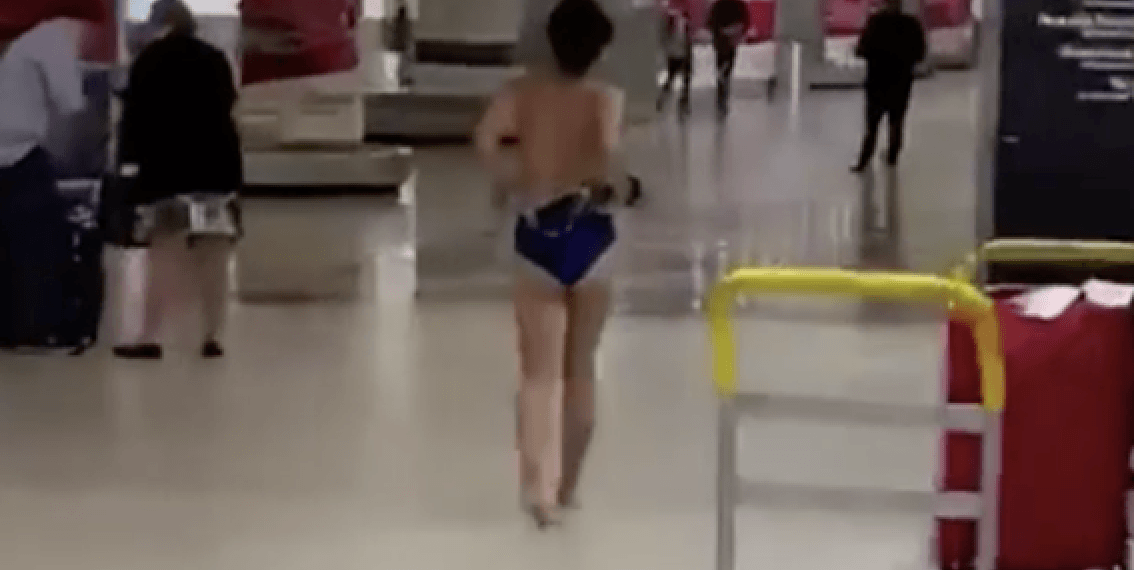 MIAMI – Airport police were tasked with corralling a woman stripping off clothing as she walked through the concourse, causing a commotion and attracting attention.

Moreover, the unnamed woman filmed wandering through Miami International Airport in video footage that hit social media on Wednesday, strolling through the public areas in a bra and panties before eliminating the final garments altogether. Once police responded, the naked woman somehow managed to climb on top of a patrol unit as it left the airport, leap off the vehicle and run through moving traffic towards another police officer, according to reports.

The incident occurred on Monday at around 11:40 p.m. The barefoot traveler sauntered through the baggage claim area of the Florida air hub, singing while she removed her navy blue bra and underwear, the Miami Herald reported.

The woman, 27, has since been taken into custody. She is being evaluated by mental health professionals, a spokesperson for the Miami-Dade Police Department told Fox News.

In a 30-second clip shared to Twitter by filmmaker Billy Corben, the woman was seen strolling past several shocked onlookers. By the end of the video, she’s totally nude.

A second video shared to Twitter shows what happened after the woman was escorted out of the airport, according to CBS Miami. In it, the naked woman appears to have hopped onto the roof of a police vehicle. She then leaps off of the car and runs through traffic toward another police officer, standing outside of his parked car.

After being observed acting “erratically,” the woman was taken into custody for an involuntary mental health evaluation under the Florida Baker Act statute, the Miami-Dade Police Department told Fox News.

According to CBS Miami, the woman is reportedly from outside of the state. Law enforcement officials described her as “incoherent” and “delusional” when they spoke to her.

Because the woman was taken in for a psychological evaluation, police said charges are not expected to be filed.