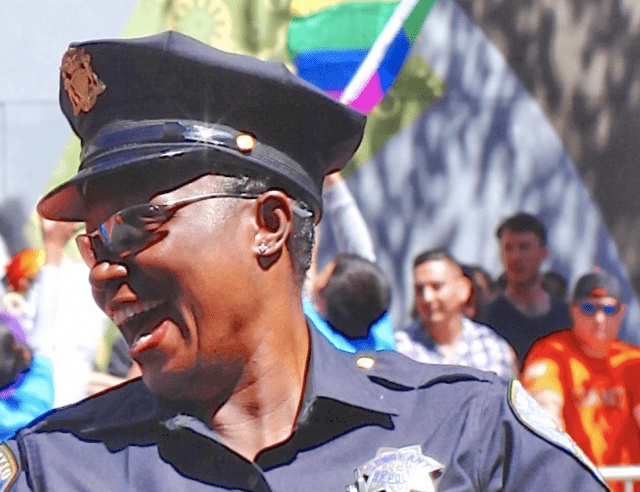 Cops see the craziest things. “You can’t make this stuff up,” is something frequently said by law enforcement officers performing their duty.

Here are some of “those” stories that were in the news this month.

“Man discovered in freezer after 10 years, notarized letter left behind”

A man whose body was discovered in a freezer inside a Utah apartment last month is believed to have been dead for a decade and left a note behind stating his wife didn’t kill him, according to officials.

Authorities were conducting a welfare check on Nov. 22 when they found 75-year-old Jeanne Sourone-Mathers dead inside her apartment of natural causes in the town of Tooele, about 35 miles southwest of Salt Lake City. When police conducted a further search of the apartment, they discovered the body of 69-year-old Paul Edward Mathers in a freezer.

Under the category of “crazy news of the day,” a passenger on a recent S7 Airlines flight allegedly became aggressive in the middle of the trip and demanded to “have a word” with the pilot. When the heavily intoxicated man attempted to storm the cockpit, his fellow passengers took matters into their own hands.

The incident occurred on a flight from Mineralnye Vody to Novosibirsk in Russia, the Mirror reported on Tuesday. The passenger had previously been acting aggressive towards flight attendants, and was reportedly quite drunk.

When the aggressive passenger attempted to storm the cockpit, other travelers jumped into action and subdued the man, using tape to secure him to an empty seat in the business class seat of the plane. One passenger said the man acted like a “wild bear” during the incident.

A judge in Baltimore required medical treatment Wednesday after a defendant she had just sentenced to life in prison grabbed a metal water pitcher and threw it at her, striking her in the forehead, according to various news reports.

The defendant, Travis Burroughs, 36, had just received a sentence of life behind bars, with all but 70 years suspended, following his conviction in November on sodomy and false imprisonment charges,

A Texas man who police said had a history of violence was arrested on Friday night for allegedly punching his girlfriend multiple times and carving his name into her forehead during a fight.

Jackub Jackson Hildreth, 19, of San Antonio, was charged with aggravated assault with a deadly weapon, after an argument over his relationship with Catalina Mireles, 22, turned physical, according to the arrest affidavit.

Authorities in Tennessee say an irate woman pointed a gun at fast food workers because they gave her ketchup instead of jelly.

Asia Vester, 20, was arrested Tuesday and charged with aggravated assault and unlawful possession of a weapon, Fox 8 reported.

According to a Memphis police affidavit, Vester was in the drive-thru line of a McDonald’s last week when she received her food and realized her request for jelly was either forgotten or unheeded. She instead received ketchup.

A Georgia man who claimed to be too intoxicated to work his Thanksgiving shift at a “Steak ‘n Shake,” nevertheless showed up at the franchise hours later — apparently still drunk — clutching a gun to try and rob it, officials said.

Kentarias Gowans, 20, of Flowery Branch, went to the steakburger and hand-dipped milkshake eatery around 10 p.m. Thursday and, instead of clocking in, held a handgun to a co-worker’s head while demanding money, Oakwood Police investigator Todd Templeton said.

As a result, numerous panicked employees and patrons called 911 and police arrived less than a minute after the bizarre incident began, authorities said.

Police in Indiana are looking for a man with the words “Crime Pays” tattooed across his forehead.

Donald Murray, 38, is accused of leading officers in Terre Haute on a vehicle pursuit Friday after he was spotted driving without lights on his car, according to authorities.

Police said Murray crashed into a tree and fled the scene on foot. There was a passenger in the car who said he didn’t know his name, they said.

A bloodied suspect in two Missouri Thanksgiving Day homicides was arrested after he walked into a police department and said, “I know I just committed two murders.”

Torry Upchurch, 27, was being sought when he turned up at the Jefferson City Police Department soon after the murders Thursday of 17-year-old Earle Key Jr. and 33-year-old Shantae Hill-Cook, police said.

“During the initial interview, the suspect implicated himself in both homicides,” Lt. David Williams said in a news release.

“Bride reportedly arrested after trying to coax photographer to shoot her wedding, pay her for the privilege”

Typically, photographers expect to receive payment for working a wedding — not dole it out.

Yet, as one frustrated professional photographer revealed, that’s exactly what a bride tried to convince him to do: Pay her for the privilege of shooting her wedding.

Reddit user Breathofthemild420 posted the bizarre story to the site’s forums, where the photographer explained the bride’s proposition: “‘You pay us $50 and then start taking photos that you can sell at the wedding to people who want them. That way we can use the money for the wedding and you still might get paid.’”

A movie theater in Washington state resembled a scene out of a disaster drama on Friday night after a box with a dire warning was left outside the building, triggering an evacuation after urine samples were sent to the wrong address.

The incident occurred around 5:15 p.m. at the North Bend Theater in the town of North Bend, located around 30 miles east of Seattle.

The Eastside Professional Firefighters said on Twitter that first responders converged on the theater for a hazmat call with a box marked “highly contagious human substance” that had been opened up.

While police officers were dealing with the craziness of life, they had to deal with be labeled “Pig” by Starbucks in Oklahoma and served a razor blade in a sandwich in New York. While that abuse was happening, police officers were being fired in St. Louis due to social media posts while a detective in Ohio was reinstated after being terminated for Facebook posts.

All of these stories have occurred in the past few weeks. There is never a dull moment as Cops See the Craziest Things. Will next month be equally entertaining? Most likely!