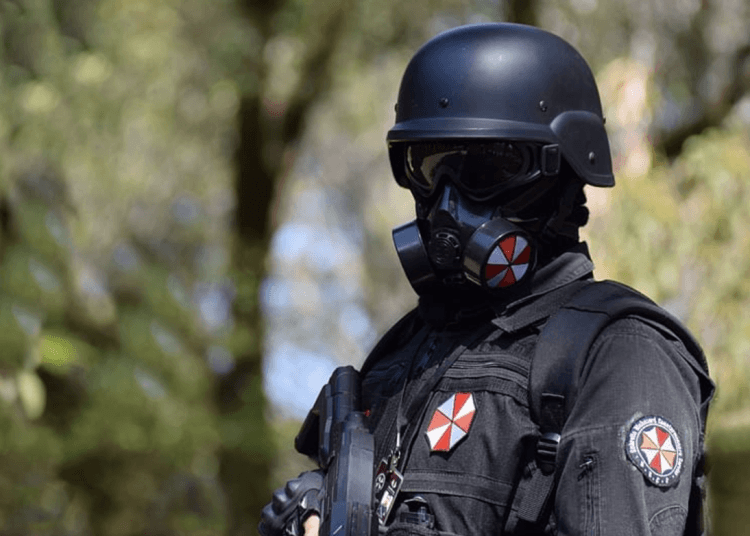 We’ve all played the word association game. You say “deputy,” I say “sheriff.” When we turn it around, I say, “police,” and you say “officer.”

Beyond word association, we connect odors and smells to various experiences in life as well. Growing up in Southern California, the smell of Coppertone—oil or sunscreen—instantly takes me to the beach. If I get a whiff of barbeque smoke—it doesn’t matter what you’re grilling—I relate it to family gatherings in the backyard.

So what unique smells do you connect to police work? Here are a few of mine.

Removing sweat-soaked soft body armor at the end-of-watch has a feeling of completion—surviving another shift. But the moisture exuded through the pores and getting marinated into the Kevlar vest has a unique smell that stays with you. In addition to routinely washing the vest cover, I kept a bottle of Febreze in my locker. As a result, my body armor received about three or four shots from the aroma- enhancing product as it hung to dry between shifts.

We qualified with our primary duty weapon monthly at my department, so visiting the gun-cleaning bench was pretty routine. As a result, the smell of gun oil, gunfire residue, and associated cleaners is closely associated with work. Moreover, Q-tips were created for personal hygiene, but my guess is they’ve seen as many gun slides as eardrums.

While footwear and leather gear have dramatically changed in law enforcement over the years, I spent so many days and nights shining boots and polishing leather in our locker room prior to duty, I am immediately returned to “the scene of the crime” when I smell shoe polish. Even now—more than few years into retirement—as I break out the Kiwi to make my motorcycle boots black again, my mind returns to the police department locker room. Moreover, there was always a sense of camaraderie during the pre-shift drill of getting our uniforms squared away prior to roll call.

You might think I’m going to mention burnt marijuana or charred heroin residue on tinfoil. Yet that is only part of the recipe. The sense of smell I’m referring to is the combination of cigarette smoke, various narcotics, spilled beer that is absorbed into carpet and upholstery, and the general unsanitary conditions of substance abusers in their living environment. It doesn’t matter if you smell the combined ingredients in a home, apartment, automobile, or motel room. When it’s present you know that criminal activity is nearby.

“Wet asphalt” has a smell, I’ve been asked? Indeed it does, especially if there is a slurry seal composition on the road. I cannot describe it very well, but at the outset of rainfall, before things are truly saturated, it wafts from the ground. As I take it in I’m reminded of working traffic collisions since they occur with greater frequency when the roadways become slick.

Every geographical location has their fast-food favorites. In N Out Burger is a big hit in California, much like Whataburger owns Texas. However, Tommy’s Original World Famous Hamburgers was a 24-hour fast food option in my jurisdiction, so graveyard officers frequently enjoyed their burgers and chili fries—not exactly the fuel needed before a foot pursuit. While Tommy’s Hamburgers has an appealing aroma before it’s consumed, the greasy nature of their food has a smell that literally lasts for days in a patrol unit. A day watch officer inheriting a patrol car from a graveyard cop always knew where he ate if it involved Tommy’s.

Skip this category if you’re eating. … “Stinkers” refer to dead bodies that have been there for days or weeks before being discovered. The body gasses and maggots make you want to vomit. And yes, I’ve had a few dry heaves in my day. Once you smell a good one you’ll never forget the odor that caused your eyeballs to nearly dislodge from your head.

And the acidic stench during CPR never leaves your memory. But this was meant to be a lighthearted article, so I will end there.

These are seven odors that I’ve associated with police work. What are some of yours? The inside of a gas mask, a drunk tank, or something altogether different?