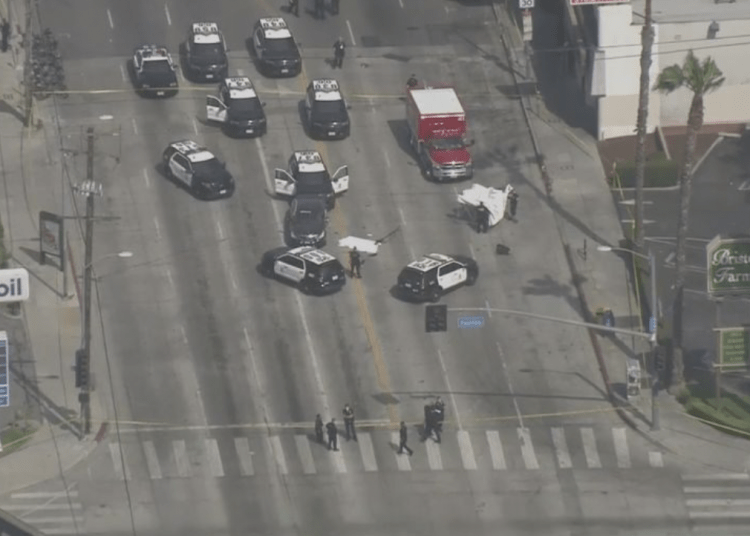 Officers responded to the area of Sunset Blvd. and North Fairfax Ave. around 2:30 p.m. Saturday, police said. A dispatcher in the LAPD’s Operations Center confirmed the shooting was fatal, Fox 11 Los Angeles reported.

Officers were en route to a radio call with their lights and sirens on when a car pulled in front of them, stopped suddenly and backed into the patrol car, police officials said.

The driver of the car got out and was observed wearing body armor as he moved toward the officers, who had exited their unit, police said.

The driver kept his right hand hidden behind his back, as he approached, Detective Meghan Aguilar said.

“The officers gave him commands which he did not follow, and he started counting down, saying 3… 2… 1… as he started to pull his hand from his back to the front,” she told reporters.

Information about the shooting came from body camera footage from the officers, the detective said, according to KNBC-TV in Los Angeles.

The suspect was pronounced dead at the scene, Fox reported.

There was no mention whether the man, who was apparently suicidal, had a weapon.