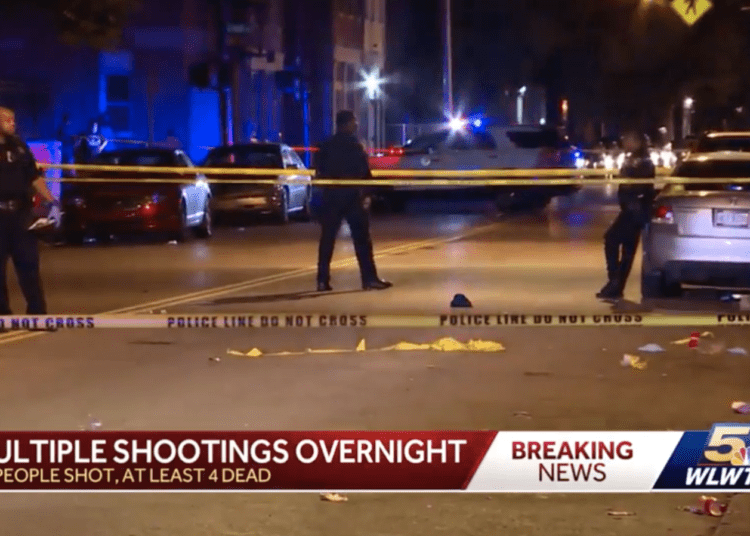 CINCINNATI — Four people are dead after 18 were shot overnight Sunday in four separate shootings within hours of each other across Cincinnati, reported WLWT.

Ten people were shot on East McMicken Avenue and Lang Street in Over-the-Rhine, four were shot on Chalfonte Place in Avondale, and three were shot near Lincoln and Gilbert avenues in Walnut Hills. An additional shooting later Sunday morning was reported by The Associated Press, bringing the total wounded to 18.

During the incident at Over-the-Rhine, one died at the scene and another at the University of Cincinnati Medical Center; they were identified in a statement as 34-year-old Robert Rogers and 30-year-old Jaquiez Grant, FOX reported.

“These all seem to be separate, independent incidents, but horrific and tragic that we have this much violence and potential for that much loss of life in our city,” Assistant Police Chief Paul Neudigate said.

“One extremely violent night in the city of Cincinnati,” Neudigate said. “Why? That’s going to be the question.”

“I am calling on all citizens of this great city to say enough is enough! We must not sit by silently and say we can’t do anything to end gun violence,” Isaac said in a statement. “We all have a moral obligation to stop the violence and stop the killing in our communities.”