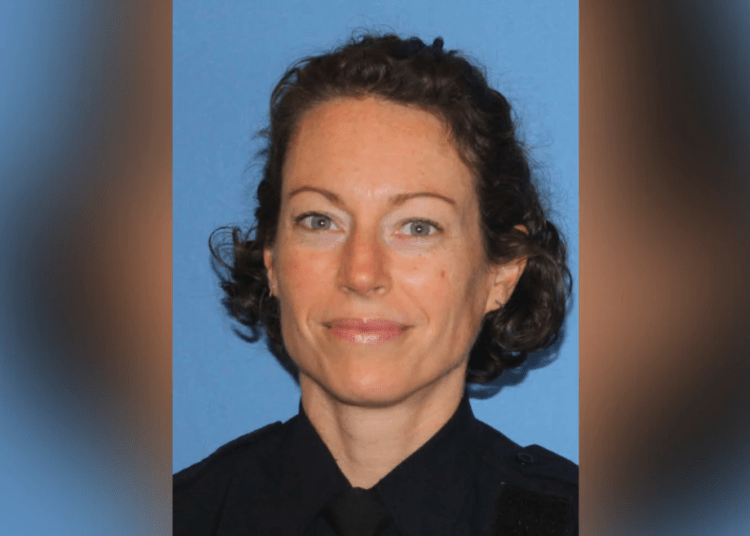 CINCINNATI – Cincinnati Police Officer Rose Valentino was heard on a body camera in April using a racial slur after getting flipped the middle finger while stuck in traffic outside Western Hills University High School. On Monday city officials approved her termination.

According to the Cincinnati police internal report, Valentino, 40, reacted to a line of cars stopped outside the school building. While in her marked patrol unit, she allegedly became angry when the cars did not move after she activated her lights and siren. She reportedly said over her public address system, “You got to move, f*****g ridiculous. F*****g a*****s,” WAVE 3 News reported.

After the announcement, Valentino rolled down her window and told a Black woman in one of the vehicles, “You need to move,” according to the report.

At that time, a Black teenager who appeared to be a student walked past and raised his middle finger at the officer, which “infuriated” her, the report says.

Valentino reportedly acknowledged using the slur in an interview with investigators. She said she was extremely frustrated due to traffic and the fact that no one took her seriously.

“This is a hard job, and I was getting to a point where I was really being affected by it,” she reportedly told investigators. “I have been on for fourteen years.”

During the interview, Valentino said she had been desensitized by music and hearing people talk on the street, according to WAVE 3.

The internal report summarizes her interview statements on the topic as follows:

“Constant exposure has allowed this slur to slip into Officer Valentino’s vernacular,” the report said. “She was surprised that it came out in this context, and its use did not represent who Officer Valentino is as a person or how she feels about African Americans.”

Moreover, Valentino acknowledged during the interview that she was not mentally healthy, according to the news outlet. She denied having racial biases that have impacted her work. Furthermore, she argued the incident was an isolated “mental episode.” She said she was “not classifying the whole race with her statement,” the report said.

The internal report found Valentino’s actions are in violation of department policy, which prohibits verbal or written expression of any prejudice or offensive comments concerning characteristics including race.

“I want to be clear; this type of hateful speech will not be tolerated by anyone who works for the Cincinnati Police Department, sworn or civilian,” Theetge said in a news release announcing Valentino’s termination.

“Officer Valentino’s clear loss of her emotions and ready use of the racial slur tarnished her ability to work with any community member or member of the Cincinnati Police Department hurt by her hateful words,” Theetge said.

The Cincinnati chapter of the Fraternal Order of Police may file a grievance to challenge whether the department had just cause to fire Valentino, according to city officials.

“No Cincinnati police officer should use the N-word or any other racial slur and anyone who does is wrong,” Hils said. “Officer Valentino is entitled to challenge her termination and the FOP will represent her if she does.”

Valentino graduated from the University of Cincinnati. She became a police officer in December 2008. During her last four yearly performance reviews, her rating was “exceeds standards.”