The defendant is also charged with murdering the toddler's mother 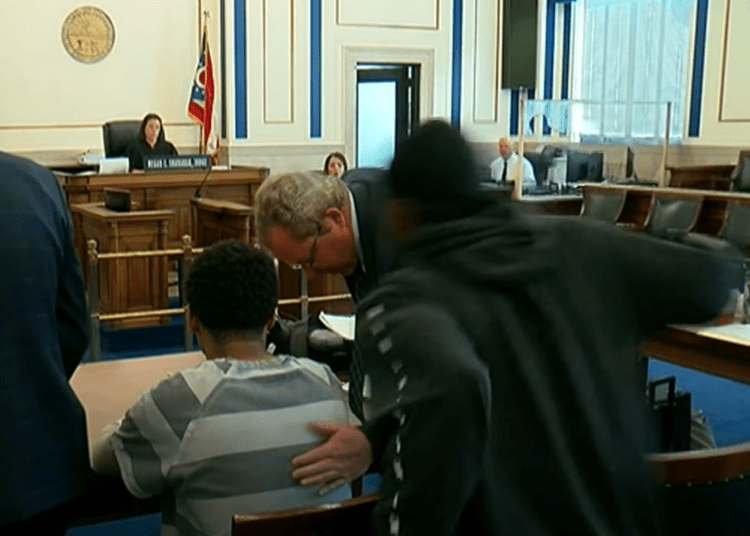 CINCINNATI – The father of a 3-year-old murder victim went ballistic in an Ohio courtroom and relentlessly punched the man in the back of the head who is accused of killing his toddler son.

Murder defendant Desean Brown, 22, faces charges after he reportedly stabbed Nyteisha Lattimore, 29, to death and then tossed her three-old-son Nylo into the Ohio River while he was still alive. Brown could face the death penalty if convicted of the double homicide, according to multiple reports.

Antonio Hughes, the child’s biological father was enraged and decided to unload on the accused killer while he had access to him in the courtroom, WCPO 9 reported.

In footage obtained by WBNS 10 TV, Hughes is seen attacking Brown in the Hamilton County courtroom. He kept pounding the defendant as two sheriff’s deputies rushed to restrain the aggrieved father and tackle him to the floor.

Hughes was nailed with a contempt of court charge and will be jailed for seven days, according to WCPO.

Brown is accused planning Lattimore’s murder for months prior to the fatal stabbing in December 2020, investigators said, according to the Cincinnati Enquirer.

After the homicide, Brown reportedly waited several days before putting her in a body bag and hiring an Uber driver to take him to the Ohio River. He told the driver the bag contained nothing more than clothes.

Lattimore’s body was discovered near the Purple People Bridge on Dec. 12, 2020. Detectives with the Cincinnati Police Department said Nylo’s blood was found on a Paw Patrol blanket with his mother’s body. An abandoned baby stroller was also found nearby, the New York Post reported. 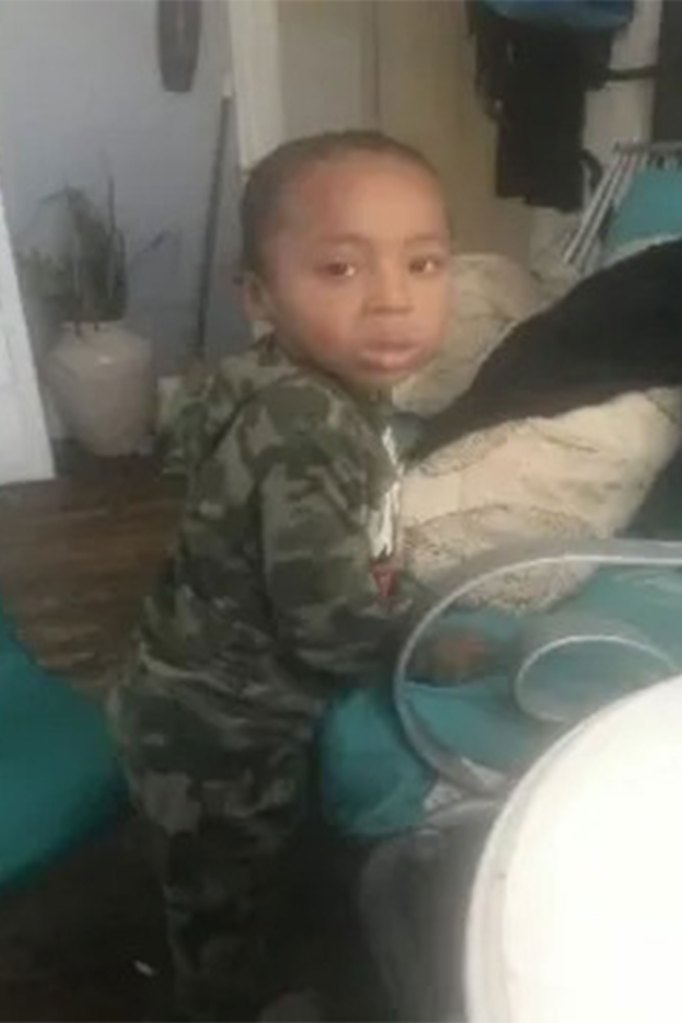 Three-year-old Nylo was believed to be drowned in the Ohio River. His body was never recovered. (Cincinnati Police Department)

According to WCPO, detectives told a judge earlier this month that Brown murdered Lattimore since she miscarried a baby he believed he fathered.

The toddler’s body was never recovered.