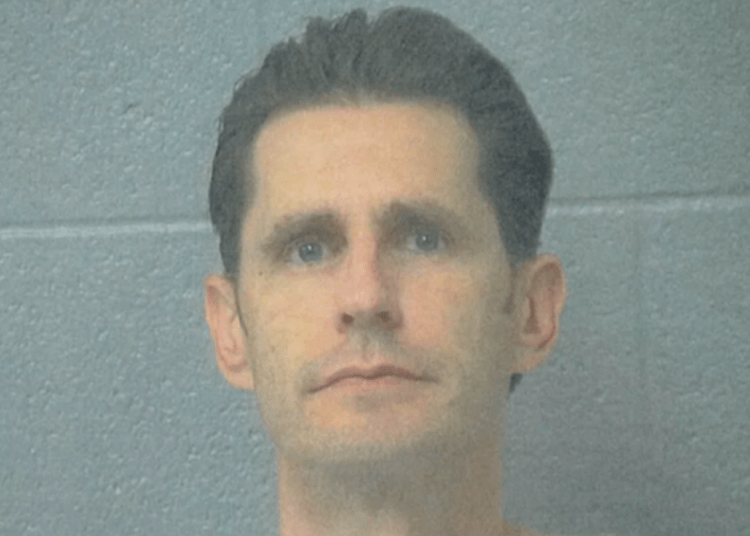 Grant Nielsen Eggertsen, 45, of West Jordan, was charged Monday in 4th District Court with aggravated kidnapping in the course of committing unlawful detention, a third-degree felony; trespassing, a class A misdemeanor; and assault, a class B misdemeanor. (Wasatch County Jail)

SALT LAKE CITY — A woman in Utah held against her will was saved by a locksmith after she wrote 911 on her hand, according to reports.

Grant Nielsen Eggertsen, 45, of West Jordan, was charged Monday in 4th District Court with aggravated kidnapping in the course of committing unlawful detention, a third-degree felony; trespassing, a class A misdemeanor; and assault, a class B misdemeanor.

According to authorities, the crime occurred after he kidnapped the woman at her home in Midway, about 45 miles southeast of Salt Lake City, the Deseret News reported.

Last Friday, a locksmith was called to the home to change the lock on the front door. The man was changing a lock for a woman, “and on her hand she had 911 written and showed it to him,” according to a police affidavit.

The woman told police that Eggertsen, who has a key to her house, had arrived the night before unannounced, walked in and took her phone.

“She asked him to leave multiple times and he would not leave and he was holding her in her room against her will,” authorities wrote, adding that the suspect threatened to burn the house down.

When officers arrived after the locksmith called police, the woman “quickly opened the door and walked fast out the front door and stated that [Eggertsen] was downstairs in the house,” authorities said.

During the turmoil, the woman also sent two emails to undisclosed people asking for help, police said. The officer was shown both emails.

“I also observed the victim’s hand and 911 written on her hand,” the officer wrote.

The case is being investigated as a matter of domestic violence.

In 2014, Eggertsen was convicted of an amended charge of attempted stalking, the Deseret News reported. In that case, Eggertsen threatened to kidnap and kill a woman whose house he had driven by several times, according to court records.