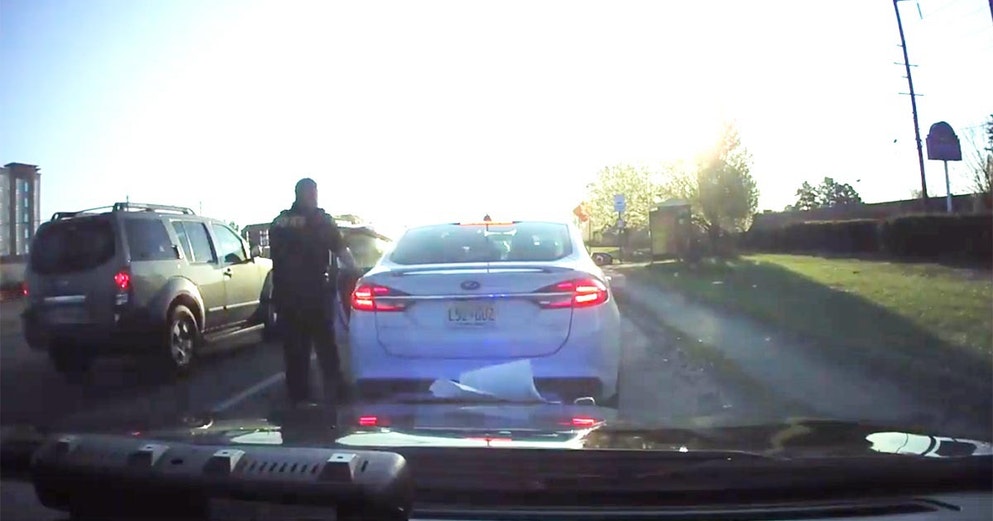 It was not a scene from Grand Theft Auto but a real kidnapping of a police officer in Marietta (GA).

It happened last week when Officer Wallace pulled over a white Ford Fusion with three men inside for an unspecified reason. While the driver, Cory Moody, was cooperative, Wallace said he felt his body language was off and had him exit the car, according to the statement. Wallace also smelled marijuana, so he called a backup officer, Sgt. Brian Honea, to help search the car, police said. When Honea arrived, Moody tried to get back inside his car.

The two officers tried to pull him out and almost succeeded when the passenger allegedly put the car in drive and tried to take off, police said. Dash-cam footage shows Honea getting knocked to the ground. Wallace was stuck inside the car and pinned against the driver’s seat as it raced off, police said. Wallace and Moody wrestled inside the car, police said, as the vehicle sped to 71 mph through congested traffic, muddy dirt roads and rough terrain — with the driver’s door still open. About a mile into the drive, Wallace pulled the door shut to keep himself from being thrown into traffic, police said.

Share and speak up for justice, law & order...
Tags: ambushkidnapTraffic