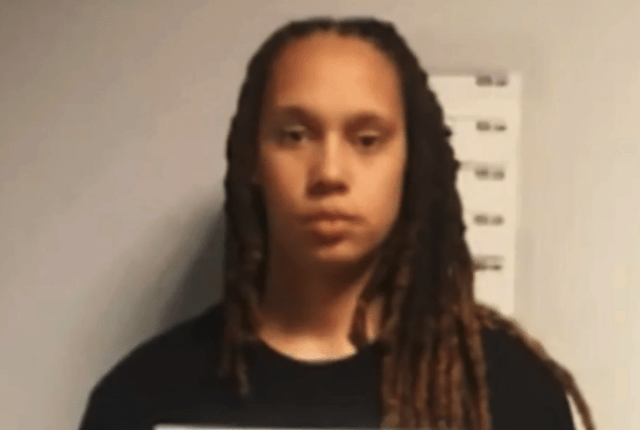 MOSCOW – Brittney Griner pleaded guilty to a drug charge in a Russian court on Thursday. However, the WNBA star denied intentionally breaking the law, Reuters reported.

Griner was speaking at the second hearing of her trial on a narcotics charge that carries a sentence of up to 10 years in prison, days after she urged U.S. President Joe Biden to secure her release.

“I’d like to plead guilty, your honour. But there was no intent. I didn’t want to break the law,” Griner said, speaking quietly in English which was then translated into Russian for the court.

“I’d like to give my testimony later. I need time to prepare,” she added.

The next court hearing was scheduled for July 14.

WASHINGTON, D.C. – The U.S. government now considers WNBA star Brittney Griner to be wrongfully detained by the Russian government. As a result, this signals a sizable shift in how officials will try to seek her release and get her home, sources familiar with her case told ESPN.

Officials from the State Department and sources close to Griner’s case declined to say what led to the new perspective or whether there have been any discussions about what it would take to obtain her release.

“Brittney has been detained for 75 days and our expectation is that the White House do whatever is necessary to bring her home,” Griner’s agent, Lindsay Kagawa Colas, said in a statement to ESPN on Tuesday.

The change in official designation means that the U.S. government will no longer wait for Griner’s case to be prolonged as it plays out through the Russian legal system.

Hence, officials will seek to negotiate her return.

MOSCOW – An American basketball star has been in custody in Moscow on drug charges since February. Her detention will last a minimum of two more months, although her alleged offense carries a 10-year prison sentence if convicted, Russian state media said Thursday.

Brittney Griner, 31, has starred in the WNBA as well as USA basketball. She was arrested at a Moscow airport last month for having vape cartridges and hash oil in her luggage, according to Russian authorities.

State news agency TASS reported that a Moscow court determined Griner’s “period of detention” was being drawn out until at least May 19, according to the New York Post.

“The court granted the petition of the investigation and extended the term of detention of U.S. citizen Griner,” the court said.

Ekaterina Kalugina, a member of the Moscow-based Public Monitoring Commission group that observes the treatment of prisoners, claimed that US Consulate officials had not visited Griner in the pre-trial detention center. She also said that Griner is sharing a cell with two other woman with no previous convictions.

The exact date of her arrest and the full circumstances surrounding it haven’t been made clear, although Griner has not posted to Instagram since Feb. 5.

Griner, who plays for the Phoenix Mercury, does not believe the National Anthem should be played before WNBA games and will not be on the floor if it is, Arizona Central reported in 2020.

Griner made her comments two days after the Mercury’s opening game that year when players were absent from the floor during the pre-game tradition.

Griner claims her protest is not out of disrespect for the country.

“I don’t mean that in any disrespect to our country. My dad was in Vietnam and a law officer for 30 years. I wanted to be a cop before basketball. I do have pride for my country.”

Former NYPD Commissioner Bernard Kerik tweeted about Griner’s circumstances and her position on the National Anthem.

“Two years ago #Woke Brittney Griner said we should stop blaring our national anthem, ‘The Star-Spangled Banner’ before games.”

Continuing, Kerik notes, “What’s ironic is that our government and @SenJohnHoeven will fight like hell to get her back to the US.”

Two years ago #Woke Brittney Griner said we should stop blaring our national anthem, “The Star-Spangled Banner” before games.

What’s ironic is that our government and @SenJohnHoeven will fight like hell to get her back to the US. https://t.co/qgspmNJ0bM

Griner has played during the WNBA off-season for the Russian team Ekaterinburg in the Euroleague since 2015, Law Officer reported.

The basketball All-Star led the Mercury to a 2014 WNBA Championship. She was also a key player on USA’s 2016 Olympic gold medal team. She played collegiately at Baylor University after dominating high school basketball in Houston.

At 6 feet 9 inches tall with an arm span of 87 inches, Griner is an imposing figure in women’s basketball. She also wears a men’s size 17 shoe.