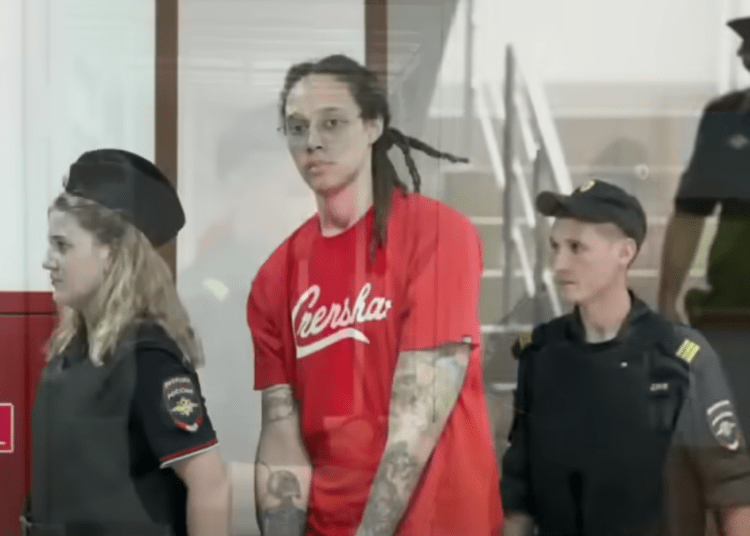 WASHIINGTON, D.C. – On Monday, WNBA and U.S. Olympic basketball star Brittney Griner was released in a prisoner swap, according to various news reports. She had been sentenced to nine years in a penal colony in Russia for drug-related charges, Law Officer previously reported.

Viktor Blout was the prisoner Russia received in exchange for Griner. He is an international arms dealer and was convicted of conspiring to kill Americans, to obtain and sell anti-aircraft missiles, and of providing material support for a terrorist organization, according to the Post Millennial.

President Biden celebrated the release of Griner during an early morning speech on Thursday. He vowed to get other Americans unjustly held in other countries around the world back home safely.

“Moments ago, standing with her wife, Cherelle in the Oval Office, I spoke with Brittney Griner. She’s safe, she’s on a plane, she’s on her way home after months of being unjustly detained in Russia, held under intolerable circumstances,” Biden said.

Biden also noted that his administration has not “forgotten about Paul Whelan, who has been unjustly detained in Russia for years. This was not a choice of which American to bring home.”

Whelan, a U.S. Marine veteran, was taken into Russian custody in 2018 on espionage charges and sentenced to 16 years in prison, Fox News reported.