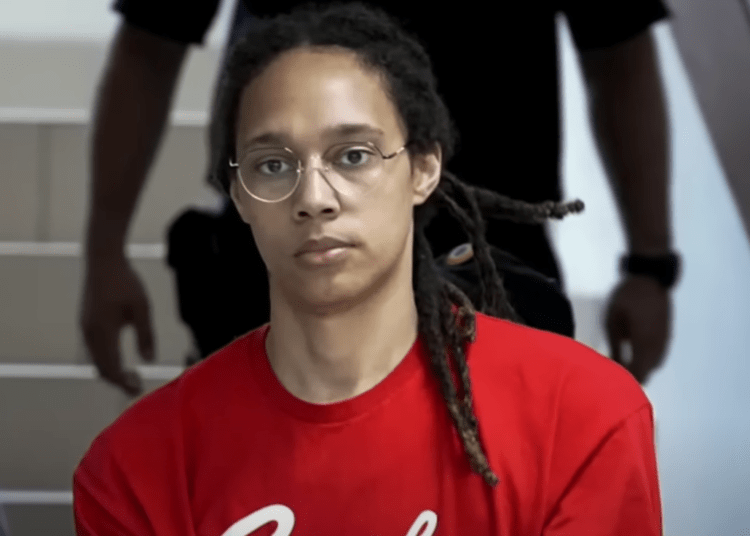 MOSCOW – Brittney Griner’s appeal of her nine-year sentence on drug charges in a Russian court on Tuesday was rejected after the jailed WNBA star pleaded for mercy for her “mistake.”

Griner and her attorneys sought an acquittal or at least a more lenient sentence, which they said was disproportionate to the offense and even at odds with Russian judicial practice, the New York Post reported.

The presiding judge didn’t budge as the verdict was upheld “without changes.” Griner will receive credit for time served in pre-trial detention, but is now expected to be moved to a penal colony.

MOSCOW – WNBA star and U.S. Olympic champion Brittney Griner was convicted Thursday in a Russian court of cannabis possession. She was subsequently sentenced to nine years in prison.

Griner actually pleaded guilty to a drug charge in the Russian court last month, but the way the system works, she was not officially condemned until now. During the ongoing proceedings, she denied intentionally breaking the law, insisting that she “made an honest mistake.” Nevertheless, her tearful pleas for mercy were discarded, the New York Post reported.

As she stood in a holding cage reserved for defendants at the Khimki court outside Moscow, Griner, 31, remained stoic upon hearing the verdict.

In addition to nearly a decade in prison, Griner also will be required to pay a $16,300 fine. Asked if she understood the sentence, Griner replied in English: “Yes, I understand, your honor.”

As she was later being escorted from the courtroom in handcuffs, Griner told a group of reporters: “I love my family.”

Griner was arrested at an airport in February when a narcotics detecting K9 alerted to drugs in luggage. As a result, the bag was X-rayed and “so-called ‘vapes’” were discovered “with a specific order,” according to Interfax, which cited the Russian Federal Customs Service, Law Officer reported.

The offense carried up to 10 years in prison, but friends hoped the punishment would be significantly reduced.

Griner, who plays for the Phoenix Mercury and has made plenty of headlines for her superb exploits on the court, also made news when she said she does not believe the National Anthem should be played before WNBA games and would not be on the floor when it is played, Arizona Central reported in 2020.

The White House released a statement on behalf of President Biden, condemning the outcome of Griner’s drug trial, yet they’ve been unsuccessful trying to seek her release, the New York Post reported.

“Today, American citizen Brittney Griner received a prison sentence that is one more reminder of what the world already knew: Russia is wrongfully detaining Brittney,” the statement read. “It’s unacceptable, and I call on Russia to release her immediately so she can be with her wife, loved ones, friends, and teammates.”