Witnesses do nothing as woman is beaten in Little Caesars Restaurant 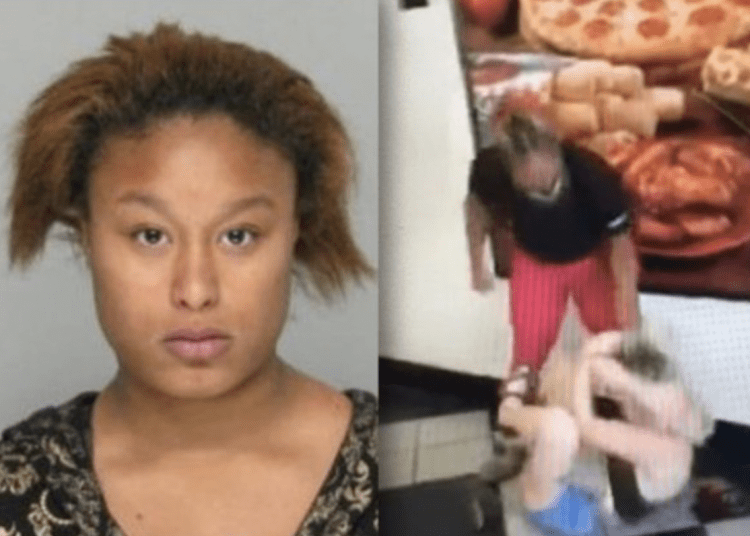 Richmond County, Georgia – A woman is on the run after savagely beating a mother in a Little Caesar’s restaurant on Monday. Citizens watched the attack take place and did nothing. Brittany Kennedy allegedly grabbed the mother, Emily Broadwater, by the hair and repeatedly bashed her head before dragging her outside the restaurant, according to the the Richmond County Sheriff’s office. The video also shows a little girl walking toward the victim as a bystander shouts for someone to move the child away.

🎵Imagine all the people
Sharing all the world🎶 pic.twitter.com/0vgcDAdHxh

At the end of the attack, Broadwater cried “My baby, my baby,” while her face was covered in blood.

The victim was left with cuts to her face, head and neck. Police have not said what caused the fight but witnesses at the scene said it appeared to be related to the suspect’s children and their father.

The victim has since claimed on social media that she had previously watched Kennedy’s children while she was in jail for another offense according to the Daily Mail.

Kennedy is still at large and wanted for battery.