Brittany Kennedy, 25, was caught on video beating Emily Broadwater, 22, at a restaurant in Augusta 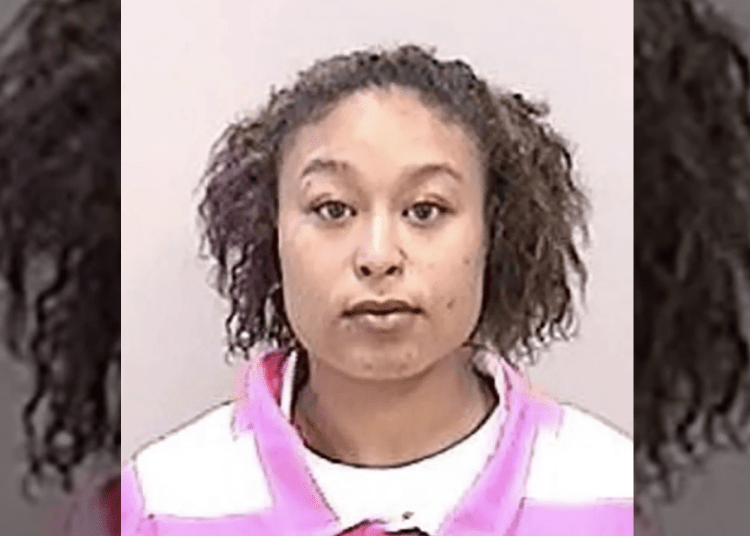 Brittany Kennedy was arrested Tuesday after a week-long search and charged with aggravated assault, kidnapping and criminal damage to property in the second degree. (Richmond County Sheriff's Office)

AUGUSTA, Ga. — After evading law enforcement authorities for more than a week, the hunt for a woman seen on video brutally beating another woman inside a Little Caesars restaurant in Augusta, Georgia, has ended. The woman accused of the viscous attack was taken into custody on Tuesday, authorities confirmed.

Brittany Kennedy is accused of grabbing a young mother, Emily Broadwater, by the hair and repeatedly bashing her head before dragging her outside the restaurant, according to the Richmond County Sheriff’s Office. The video also shows a little girl walking toward the victim as a bystander shouts for someone to move the child away, Law Officer reported.

A bystander recorded the beatdown (seen below) and posted video online showing Kennedy, 25, pummeling Broadwater, 22, in the face before dragging her outside and stomping on her head two times.

No one at the restaurant appeared to try to break up the beating, and several people have commented on their inaction.

🎵Imagine all the people
Sharing all the world🎶 pic.twitter.com/0vgcDAdHxh

Kennedy was located and arrested by the Richmond County Sheriff’s Office and U.S. Marshals, the sheriff’s office said in a press release. She was subsequently booked into the Charles B. Webster Detention Center and charged with aggravated assault, kidnapping and criminal damage to property in the second degree, Fox News reported.

According to Lt. Glen Rahn, the suspect was charged with kidnapping because she dragged the victim against her will through the threshold of the business to continue the assault.

After the crime, Little Caesars provided Fox News with footage from the restaurant once the attack concluded. It shows staff members using a first aid kit to help Broadwater as she waited for deputies to arrive.

“The safety of our crew members and customers is the most important thing to us,” the restaurant told Fox News in a statement at the time. “In any case where a customer or employee is in danger, we advise our crew members to call the police immediately.”

Broadwater suffered a black eye, a large laceration on the inside of her lip, a bruise on her forehead and multiple cuts on her head, face and neck, according to the crime report.

Although police officials have not disclosed a motive for the attack, Crime Online reported that Kennedy attacked Broadwater after learning that her baby’s father had been hanging around with the younger woman while Kennedy was in jail.

“All I did was help a friend out with his kids while his baby mama was locked up. She has been harassing me for weeks now,” Broadwater reportedly said on Facebook.