Without An Investigation, Columbus Mayor Calls For Immediate Termination Of Officer

The Shooting Investigation Is Not Complete 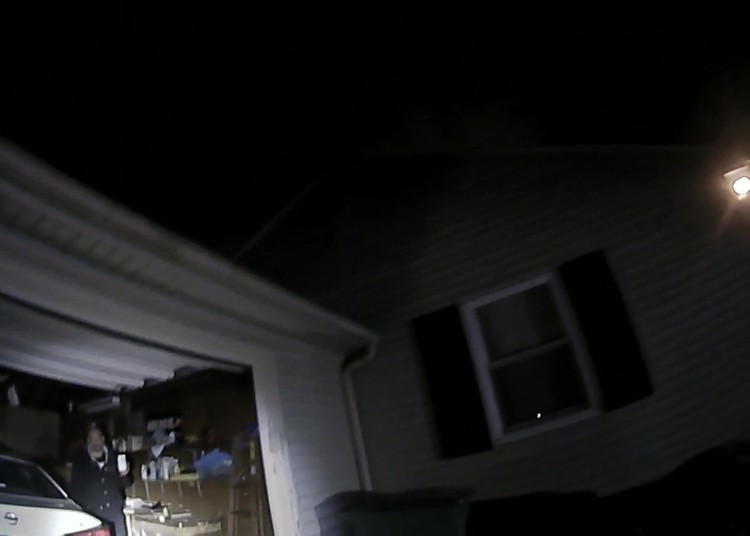 At 1:30 a.m., two officers responded to a disturbance call of a man in a garage starting and stopping a car. The body camera footage was released today that showed officers approaching the subject as he moved towards officers and raised a black object toward them. His other hand was concealed.

Columbus Officer Adam Coy shot and killed Andrew Hill. Hill was black and a weapon was not found on the scene. The object turned out to be a cell phone.

Ginther immediately called for the firing of Officer Coy because he had failed to turn his body camera on prior to the shooting but it was turned on immediately after the shooting and captured the incident with the 60 second rewind feature.

Unfortunately for Coy, the audio was not captured but Mayor Ginther has displayed such wanton bias, it’s doubtful that would have mattered.

First, I want to to be clear. I have no idea whether this shooting was justified or not and if Ginther was a leader, he would admit the same.

Ohio Attorney General Dave Yost promised a “complete, independent and expert investigation” after a Columbus police officer fatally shot a Black man holding a cellphone. Neither the man nor the officer has been publicly identified. https://t.co/YlLxE22EZO

The investigation is less than 24 hours old and weeks from being completed and there are a lot of questions yet to be answered and that does take time.

I cannot stress the inherent damage that Ginther and all others like are doing by their grandstanding of “another unarmed black man” has been shot.

After all, it took the Mayor about a second to say this after the shooting:

“We are still raw from the killings of George Floyd, Breonna Taylor and less than 3 weeks ago, Casey Goodson Jr. Early this morning we learned of the killing of another African American at the hands of law enforcement.”

And on Wednesday, Ginther called for the immediate termination of Officer Coy.

WE TOLD YOU SO: THE GEORGE FLOYD CASE

There is no doubt that despite having only video footage without audio that lacks all context and facts from an investigation that officer Coy will be turned into yet another example of a racist cop.

And if you believe that, you are an idiot. First, does anyone with a brain really believe that Officer Coy went to work that night and decided that he wanted to kill an unarmed black man and then he wanted to film it for all to see.

You must be joking.

A lot matters in these unfortunate incidents and while extremely rare, they do occur. Interesting enough, there are some details that the Mayor isn’t talking about. Like the fact that the cops didn’t just randomly choose to go shoot someone. They responded to a 911 call and why do 911 calls happen?

That’s right…because someone that is familiar with the area sees something that is either criminal or suspicious.

Do you understand now why we must gather facts before we permit politicians to act stupid? Why would the 911 caller think that he needed a gun as he watched this subject in the garage? To be honest, none of us know yet and that is the point.

Have we not learned anything from the George Floyd case? Surely everyone remembers that….cops just decided to pull Floyd out of the car, put them in their car and then lay him on the ground and murder him in front of multiple witnesses with cameras because that’s a good career move right? That may sound silly but that is exactly what all the politicians and the media said about that just a few months ago. Naturally, as the facts have emerged, those same liars aren’t saying so much.

So why do we keep repeating this non-sense?

And now, just to make sure that no one will place any actual thought into this situation, the media and the politicians are in a full court press to ensure that the “racist” narrative is the only possibility.

The talking points today were that “it was a non-emergency call” and the subject shot “did not live there” and he was simply “raising his cell phone up.”

That sounds like a nice way of saying “possible burglary in progress” and you can determine for yourself how you would react at 1:30 a.m. at a home with the garage up and a man emerges raising a black object.

I have an idea. Let’s put the mayor on a simulator and see exactly what he would do?

Today, Ginther said that he was “…focused on getting the truth and getting justice for these families.”

He is not being honest because if he was, he would wait for the facts that would detail the truth before he ran his mouth.

Cowardly politicians that refuse to wait for facts and say stupid things are ruining this entire profession. It’s not the bad guys that cops are scared of.

It’s ending up like Officer Adam Coy. Tried and convicted within hours without any due process, investigation or truth telling.