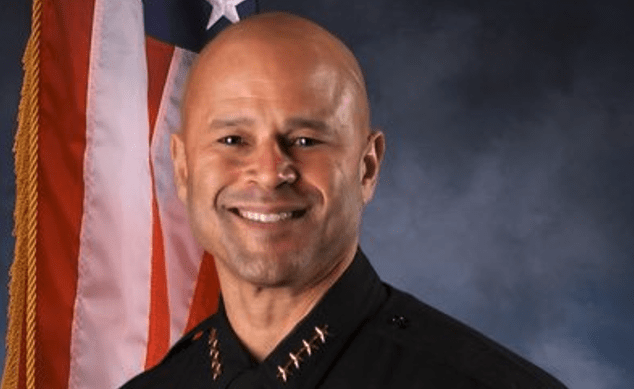 DALLAS — The Dallas Police Department has a new top cop.

Garcia, who served as Chief of Police in San Jose, California, was selected from a group of seven finalists named earlier this month to replace Reneé Hall, who announced in September that she would step down after nearly three years as chief.

Garcia worked with the San Jose Police Department for nearly three decades and retired earlier this month. He had served as chief since January 2016 and led a force of 1,400, NBCDFW reported.

“My story began as a young boy moving to a new city, learning to speak English in a community that promoted me to Chief. It’s an honor to be welcomed into one of America’s greatest cities for the second time as Chief.” Garcia said in a press release. “I’m truly humbled by the thought of wearing the DPD uniform and working alongside such an amazing group of committed men and women. Together in partnership and collaboration with the Dallas community, we will meet the challenges of today and beyond.”

Almost 29 yrs, it’s a wrap.Steve Jobs said,“If you want to be liked by everyone,don’t be a leader. Sell ice cream.”Thank you @sliccardo and City manager’s Duenas and Sykes for believing in me.Thank you San Jose!To my men and women, it was honor fighting for you. Stay the course. pic.twitter.com/J1BEcDry9C

Garcia, of Puerto Rico, would be the first Latino police chief for Dallas — the ninth-largest police department in the United States.