‘War On Cops’ Author Shouted Down By BLM During Campus Speech 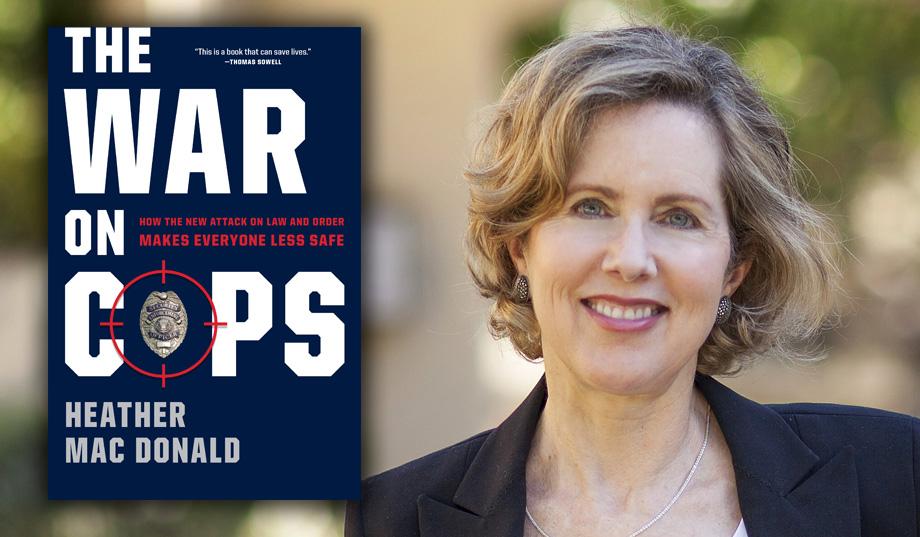 Author Heather McDonald, whose book “War on Cops” showed how activists have attempted to tie the hands of police in several cities, was shouted down by Black Lives Matter protesters during a lecture by McDonald at UCLA.

A speech by Heather Mac Donald at UCLA on Wednesday frequently descended into chaos as Black Lives Matter protesters stormed the stage and chanted their signature phrase over and over, and also took over portions of the Q&A with angry accusations and raucous shouting, a video of the event shows.

Mac Donald, a Manhattan Institute scholar who spoke on campus at the behest of the Bruin Republicans to give a “Blue Lives Matter” talk about her 2016 book “The War on Cops,” appeared to be able to largely get through the first half of her speech without much dissension.

Event organizers tried to calm the crowd and regain order. After the Black Lives Matter chant ended, several protesters remained at the front of the room, shouting and making gestures as a student organizer asked for calm. But they started up with more chants, including: “America was never great!”

After the uproar — which lasted about eight minutes — finally died down, Mac Donald fielded questions from the audience, including from a black female who asked her to speak on whether “black victims killed by cops” mattered.

“Yes,” Mac Donald replied. “And do black children that are killed by other blacks matter to you?”

Mac Donald, known and admired for her unapologetic stance to report facts over emotion, doubled down on the infuriated young black woman.

“Of course I care, and do you know what,” Mac Donald said. “There is no government agency more dedicated to the proposition that black lives matter than the police.”

Share and speak up for justice, law & order...
Tags: Newswar on cops