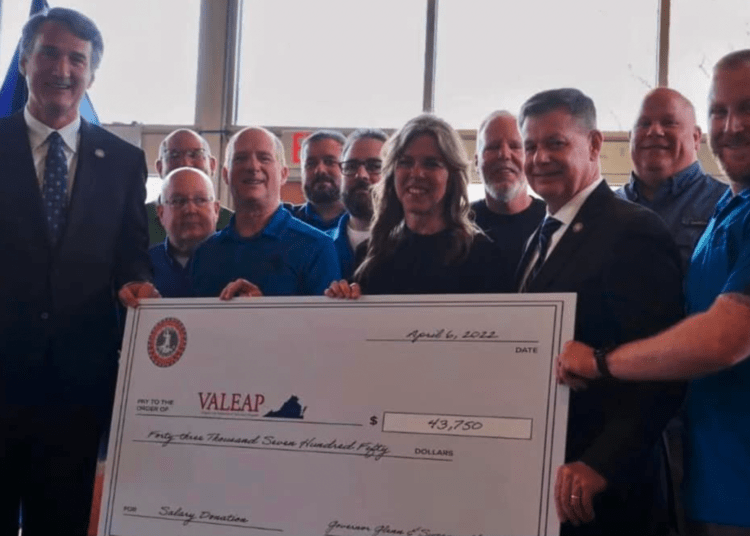 The governor donated $43,750 to the Virginia Law Enforcement Assistance Program, which helps police officers and first responders “who have undergone traumatic critical incidents,” according to a news release from Youngkin’s office.

Although this was Youngkin’s first time donating to the organization, it will not be his last, his office told the Washington Examiner.

Meanwhile, the Republican governor made more news having an impact on the law enforcement community earlier this week when he announced four new members of the Virginia Parole Board, Law Officer reported.

Among the new board members is Michelle Dermyer, the widow of Virginia State Police Trooper Chad Dermyer who was killed at a Richmond bus terminal on March 31, 2016.

Youngkin also included two former prosecutors and a master trooper in his desire to reshape the board.