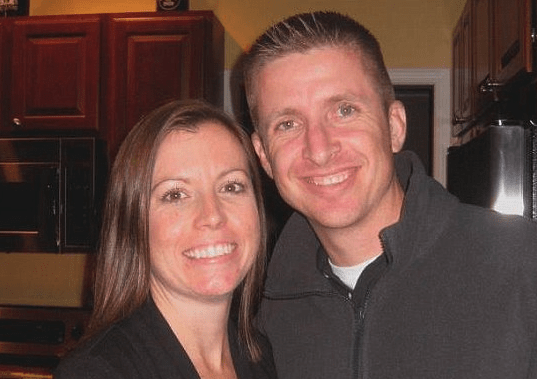 RICHMOND, Va. – Gov. Glenn Youngkin (R) announced four new members of the Virginia Parole Board on Wednesday after state Senate Democrats rejected his previous selections, according to a report.

Among the new board members is Michelle Dermyer, the widow of Virginia State Police Trooper Chad Dermyer who was killed at a Richmond bus terminal on March 31, 2016, reported The News and Advance.

From the Officer Down Memorial Page:

Trooper Chad Dermyer was shot and killed while speaking to a suspicious person inside the Greyhound bus terminal in Richmond, Virginia, at approximately 2:45 pm.

He and other officers were participating in an interdiction training course and were conducting stops of suspects. He spoke to the man briefly before the man suddenly produced a handgun and opened fire, hitting him. Other officers who were on scene shot and killed the subject when the man opened fire on them following a short foot pursuit inside the bus terminal.

Trooper Dermyer was transported to VCU Medical Center where he succumbed to his wounds.

Youngkin’s choices also included two former prosecutors and a master trooper in his desire to reshape the board.

The governor said in a statement that his choices would help reform the parole board, which faced scandal under the previous administration of Ralph Northam.

“This group of individuals will restore common sense, reform the Parole Board, and stand up for victims’ rights,” Youngkin said.

The new board members include:

Michelle Dermyer’s bio, according to the governor’s press statement:

Michelle Dermyer is a graduate of Baker College with a Bachelor of Health Services Administration. Michelle used her degree in a variety of health care organizations until the tragic and untimely death of her husband, Virginia State Police Trooper Chad Phillip Dermyer who was killed in the line of duty on March 31, 2016. Upon Officer Dermyer’s death Michelle became a fierce advocate and supporter for law enforcement, specifically legislation that impacts survivors and their families. She prides on the work she has done over the past 6 years ensuring her husband’s legacy through her actions of treating all people fairly, equally, humanely and respectfully.

Michelle was instrumental in using her voice and advocacy to pass policies and legislation that extends survivor benefits and sentencing guidelines for those convicted of capitol murder of law enforcement officers.

Virginia has abolished parole, but the board’s duties include making decisions on parole for inmates who were incarcerated prior to Jan. 1, 1995.