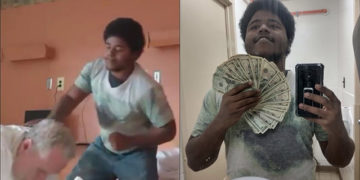 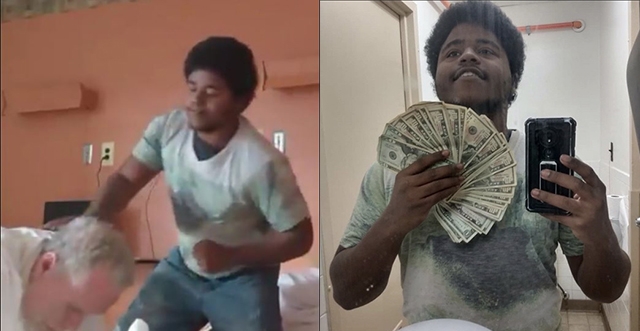 A violent attack on a senior citizen inside a nursing home in Detroit was filmed by the suspect and it is very likely you haven’t seen it.

It is one of the most brutal and evil acts we have ever seen and oddly enough, at the time of this writing, not one national media outlet has reported it.

Despite the lack of media coverage, President Trump tweeted “Is this even possible to believe? Can this be for real? Where is this nursing home, how is the victim doing?

The incident occurred at the Westwood Nursing Home on May 15th.

The Detroit Police Department have made an arrest in the case but they have yet to identify the 20 year old suspect who beat several nursing home patients while filming the acts for YouTube.

On YouTube, he can be seen ranting about the evils of white people while repeatedly saying that the “black race is the chosen race” and “the black race was supposed to rule the earth.”

He also filmed himself saying that the world was sick, “we live in a satanic world” along with anti-gay comments.

The suspect was reportedly a patient at the nursing center.

The video below has only been posted by a few local news sites and this particular one shows the suspect beating on a 75-year-old man. A second video of his beating of an elderly female patient has been taken down by social media.

(Please note that YouTube is deleting the videos that are being uploaded on this incident so we have included a Twitter post here. We will attempt to keep an active video online for our audience. For this reason, we will list multiple videos below in case one is not working.)

As the suspect beat on the elderly victim, he is heard saying “Get the fuck off my bed, N—-.” 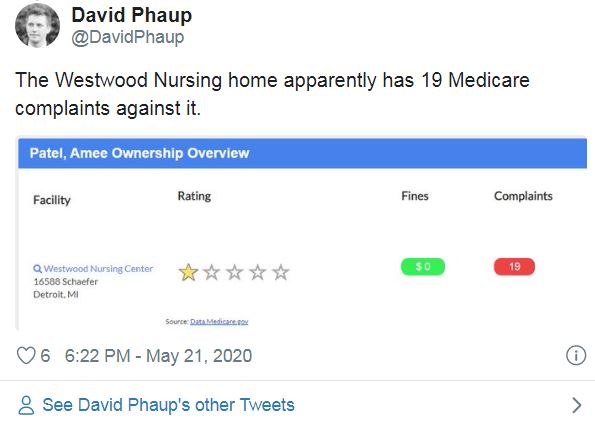 The Detroit Police Department located the suspect at the Nursing Home on Thursday. 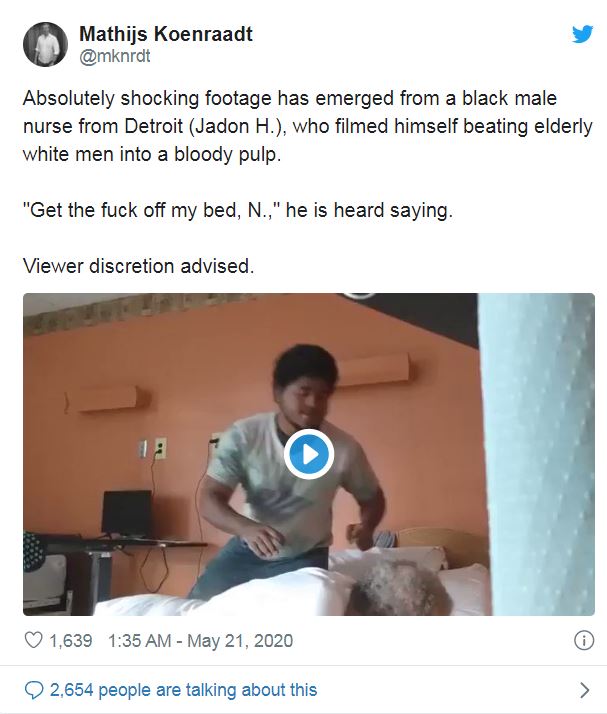 It appears the suspect also posted another video showing the beating of a woman who is confined to a bed. Detroit police say they are aware of that second video and are also investigating that assault.

The nursing home and its administrators are still gathering information, conducting their own investigation, and cooperating fully with the police in their own investigation. We will issue another statement once we have gathered more facts regarding the incident. One thing we want to make clear, on the record, is that this incident did not involve a nurse or any other employee of the nursing home. The individuals involved were residents. The attacker in the video was turned over to the police around 11:30 a.m. this morning by the staff at the nursing home. He is not a long-term resident of Westwood, but he was recently admitted for recovery and rehabilitation purposes on a temporary stay. Westwood has been cooperating with the police and will continue to do so. The safety, health, and well-being of our residents remains a top priority of Westwood. We will continue to monitor the situation.

Until we receive more information, we will not be able to comment further on the matter at this time.

UPDATE: The suspect reportedly was moved from a mental health facility due to testing positive for COVID-19. Read more.