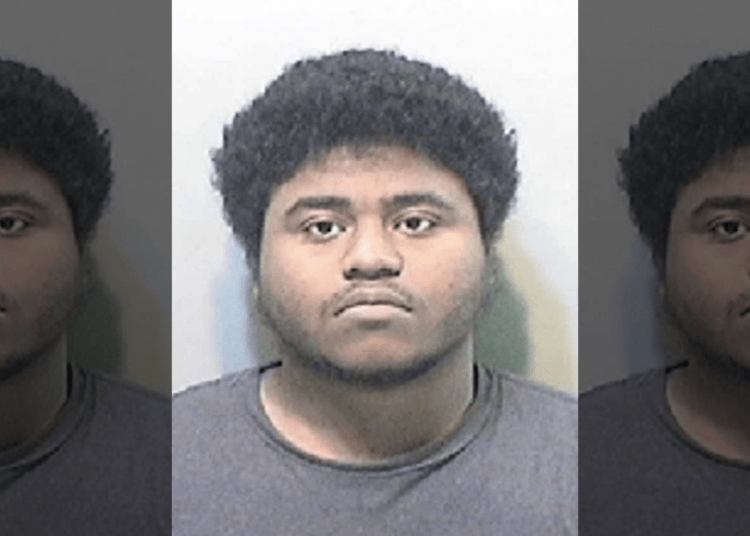 DETROIT – Prosecutors have taken action against the man seen in shocking video over the weekend pulverizing an elderly nursing home patient.

Jaden Hayden, 20, was charged Sunday in connection with the vile beating of Norman Bledsoe, 75, at Westwood Nursing Center in Detroit, Fox 2 reported.

Hayden was sharing a room with Bledsoe at the facility. The suspect reportedly set up his cell phone in the room capturing the moment he severely attacked the defenseless man by repeatedly punching him in the head on May 10.

Nursing home staff rushed to the room and saw Bledsoe bleeding from both sides of his head. However, he led staff to believe he fell from his bed. He was rushed to the hospital for treatment. His current medical status is unknown.

Hayden was arrested on May 21 by Detroit Police after the video captured on social media caught the attention of Ann Arbor Police. It’s also alleged that Hayden stole Bledsoe’s credit cards, Fox reported.

As a result, Hayden has been charged with two counts of Assault with Intent to Do Great Bodily Harm, Larceny in a Building and two counts of Financial Transaction Device, Steal/Retain Without Consent.

“The alleged actions of this defendant are truly and uniquely disturbing. We must be able to trust our loved ones in specialty care facilities. I truly hope that the facts of this care are one of a kind,” prosecutor Kym Worthy said.

Last Friday, Fox 2 Detroit spoke with Hayden’s father who said he was mentally ill and was moved from a mental health facility in Ann Arbor to the Westwood Nursing Home after he was diagnosed with COVID-19.

“That hurts to see that,” he said. “What he did is wrong and (I offer) my apologies to the victim’s family.”

The father, who asked not to be identified, said his son has had several health issues growing home, has autism, and called from a group home in Chelsea last week to say he wasn’t sleeping, was feeling anxious, and hearing voices.

“I just don’t want people to think that he’s this vicious individual. He’s got mental issues,” his father said.

He said his son called 911 and was taken to a mental health facility in Ann Arbor. Last Wednesday, he was diagnosed with COVID-19 and said he was supposed to be taken to another facility to be quarantined.

Police are also investigating whether the Hayden is involved in another beating of an elderly woman.

Some reports blame Gov. Gretchen Whitmer’s executive order for sending Hayden to the nursing home since he had coronavirus. Clearly, someone in authority should be held accountable for transferring this disturbed man into an environment with vulnerable citizens.