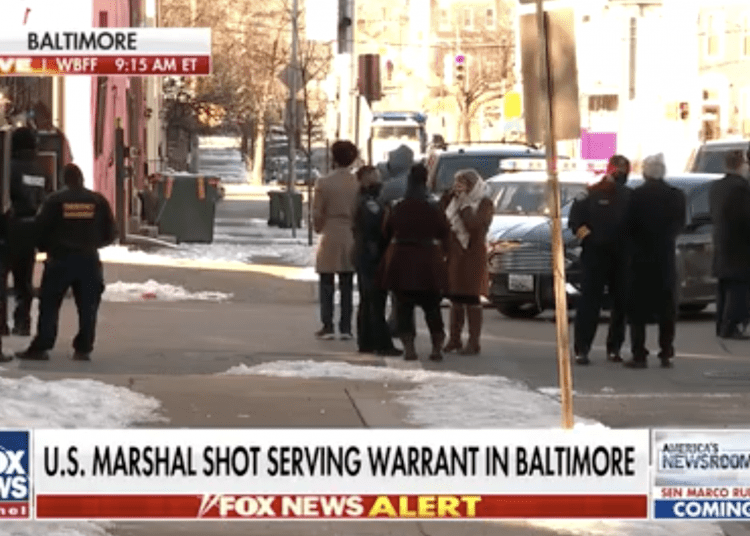 BALTIMORE — A U.S. Marshal was shot while trying to execute an arrest warrant in West Baltimore on Thursday morning, officials said.

A U.S. Marshal SWAT team tried to arrest the suspect in the 1400 Block of Mount Street at 6:15 a.m. when the suspect opened fire.

Confirmed: member of the U.S. Marshals shot while serving arrest warrant in the 1400 block of N. Mount Street

One Marshal self-extracted after being shot, officials said, and was taken to Shock Trauma. His condition is unknown at this time.

Further details regarding the case have not been released.

The incident follows closely on the heels of two FBI agents killed in Florida on Tuesday, Law Officer reported.

The agents there were serving a search warrant in a child pornography case.