The Suspect Threw Drugs In The Face of the Officers

The incident took place in Oak Hill after an officer stopped a vehicle over a traffic violation, according to The Gateway Pundit.

Fayette County Sheriff Mike Fridley released a statement on Wednesday saying that “just before 6:00 pm on September 27, 2022, an Officer with the Oak Hill Police Department conducted a traffic stop in the area of the Lochgelly overpass. While the Officer interacted with the occupants of the vehicle, the passenger exited the vehicle and fled from the Officer.”

“The Officer caught the subject who began to physically be combative. At this time, a second Officer arrived to assist. During the struggle, the subject reached into his pocket and ripped open a bag, believed to be opiate narcotics in powder form, and threw it into the officers’ faces,” the statement continued.

The officers were able to get the suspect, Keith Deshon Adams of North Carolina, into custody, but one of them collapsed and began actively overdosing while making the arrest.

“Thankfully an off-duty nurse was passing by at that time and helped render aid and administer NARCAN, which ultimately saved the lives of these officers,” the statement continued. “Both officers were transported and treated at Plateau Medical Center and were cleared late last night.” 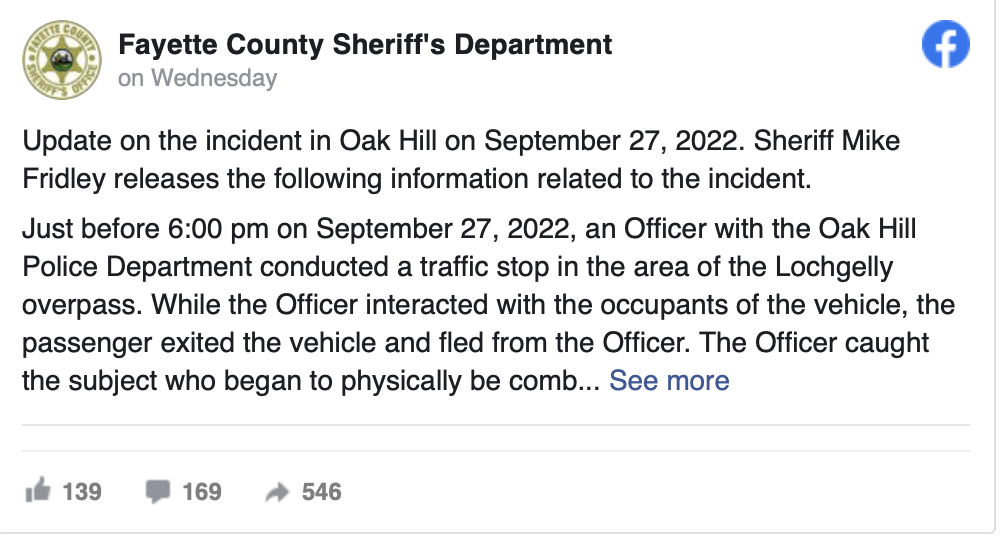 The incident remains under investigation by the Fayette County Sheriff’s Department Detective’s Bureau.

Man charged after sister awakened from coma, dies in custody