There were 34 fires destroying 30 businesses 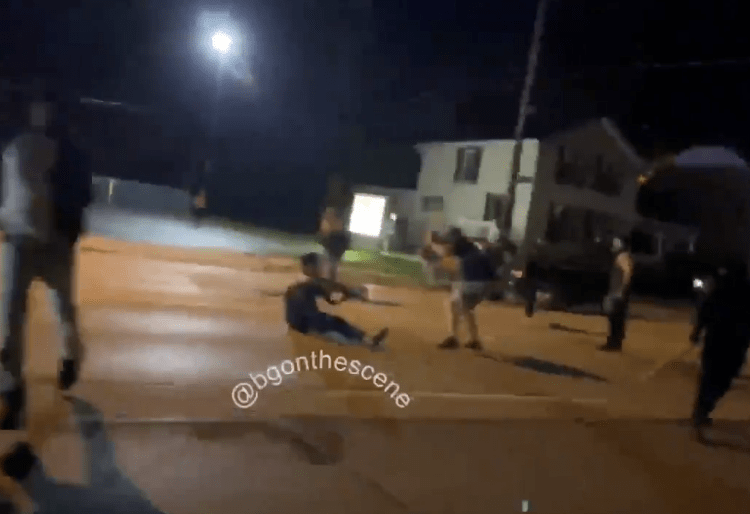 KENOSHA, Wis. — Kenosha police are searching Wednesday for a suspect seen on video armed with a long gun after a shooting late Tuesday killed two people and wounded a third.

The deadly violence broke out during the third night of rioting since Jacob Blake, 29, was shot by city police officers, leaving him partially paralyzed, Fox News reported.

Officers responded at about 11:45 p.m. Tuesday to reports of shots fired and multiple gunshot victims near 63rd Street and Sheridan Road. They discovered that two people were killed, and a third was rushed to the hospital with serious, but not life-threatening injuries, the Kenosha Police Department said in a statement.

WARNING: VIDEO BELOW IS GRAPHIC

(Warning, Graphic/Violent)
A crowd chases a suspected shooter down in Kenosha. He trips and falls, then turns with the gun and fires several times. Shots can be heard fired elsewhere as well, corroborating reports of multiple shooters tonight #Kenosha #KenoshaRiots pic.twitter.com/qqsYWmngFW

Investigators were looking into whether the shooting unfolded as a result of a conflict that broke out between rioters and “self-styled militias guarding a gas station,” Kenosha County Sheriff David Beth told the New York Times.

Videos on social media showed a chaotic scene after nightfall, as crowds seemed to chase a man carrying a rifle down the street, before eventually knocking him to the ground and trying to grab his weapon, Reuters reported. A bloodied man was seen with what appeared to be a serious arm wound. Another video showed a man with a head injury as crowds gathered around him to treat him.

Wisconsin Gov. Tony Evers, a Democrat, had called for calm earlier Tuesday, while also declaring a state of emergency under which he doubled the National Guard deployment in Kenosha from 125 to 250. The night before, crowds destroyed dozens of buildings and set more than 30 fires in the city’s downtown.

“We cannot allow the cycle of systemic racism and injustice to continue,” said Evers, who has been facing mounting pressure from Republicans over his handling of the unrest. “We also cannot continue going down this path of damage and destruction.”

Hundreds of people again defied curfew Tuesday night in Kenosha, where destruction marred riots the previous night as fires were set and businesses vandalized. There were 34 fires associated with that riot related crimes, with 30 businesses destroyed or damaged along with an unknown number of homes, Kenosha Fire Chief Charles Leipzig told the Kenosha News.

“Nobody deserves this,” said Pat Oertle, owner of Computer Adventure, which was left “destroyed” by looters Monday night who made out of the store with stolen computers. “This accomplishes nothing. This is not justice that they’re looking for.”