Aaron Coleman has had a turbulent past 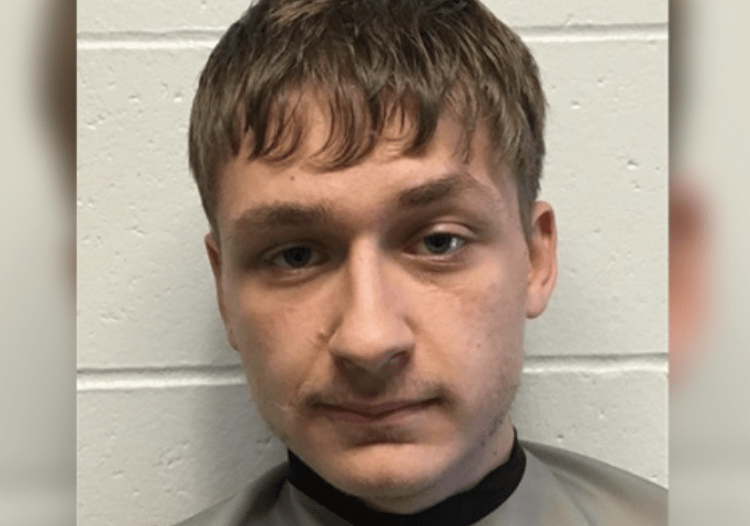 DOUGLAS COUNTY, Kan. — Aaron Coleman is a member of the Kansas House of Representatives, but after he was arrested for the second time in less than a month, he might not be a lawmaker much longer.

The Kansas Highway Patrol arrested Coleman, a Kansas City, Kansas, Democrat, at 1 a.m. Saturday, according to records from the Douglas County Jail.

Coleman, 21, who was out on bond from an arrest last month, was booked into the Douglas County Jail for DUI and released on $250 bond Saturday at 1:37 p.m., The Kansas City Star reported.

His arrest over the weekend was his second in less than a month, the Star reported.

Coleman was previously taken into custody and charged with misdemeanor battery for reportedly hitting and spitting on his brother and threatening to attack his grandfather.

BREAKING: Just weeks after he was arrested on suspicion of domestic violence, Kansas Rep. Aaron Coleman was arrested for driving under the influence.https://t.co/kRvPgv9rkt

Although he is scheduled for a diversion hearing next month, a Johnson County judge also ordered Coleman to undergo a mental health evaluation, the Star reported.

Coleman acknowledged on Twitter last week that he was in therapy. However, based upon his tweet, he appears to be in denial of his purported misdeeds.

In group therapy today we were talking about the mythical "perfect person" and how nobody is perfect.

I was just thinking that If the *worst* thing I did at 21yo is get into a "religious debate" with my younger brother than I should get a golden star for good behavior #ksleg pic.twitter.com/RwdAo3N8dq

The young lawmaker’s arrest for DUI would be a violation of his bond since it prohibited the consumption of alcohol and drugs.

As a result of Coleman’s legal issues, the Democrat leader of the Kansas House called for him to forfeit his seat.

“For the sake of the state of Kansas, his constituents, and himself, he should resign and concentrate on getting the help he badly needs. The stress of the legislature is not a healthy environment for someone in this mental state,” Minority Leader Tom Sawyer said in a statement on Monday, the Western Journal reported.

“I want to reiterate what I have said in the past: It is clear Representative Coleman is in dire need of help,” Sawyer added.

Gov. Laura Kelly, a Democrat, agreed that Coleman needs to resign. Moreover, she said if he does not step down, his colleagues should remove him.

“Mr. Coleman’s most recent arrest is further evidence that he is not fit to serve in the Kansas House of Representatives and that his continued presence in the Legislature is a disservice to his constituents,” Kelly said in a statement, the Star reported.

“One of his former classmates said Coleman’s verbal harassment was so severe she attempted suicide; another said that when she was 13, he tried to blackmail her with a nude photo he’d gotten a hold of, then ‘sent it to everyone [she] knew’ when she refused to share more,” The Cut reported.

Coleman admitted the claims levied against him were “accurate,” according to The New York Times.

“I denounce these actions and they are the actions of a sick and troubled 14-yo boy.”

Furthermore, a former girlfriend said he choked and slapped her, according to The Wichita Eagle.

Coleman initially yielded to pressure and dropped out of the race days after winning the primary. However, the arrogant young man quickly reversed course, saying he was responding to what he called the “many people” who told him they wanted him to run.

Since he was the sole candidate on the ballet, he easily won the November election.