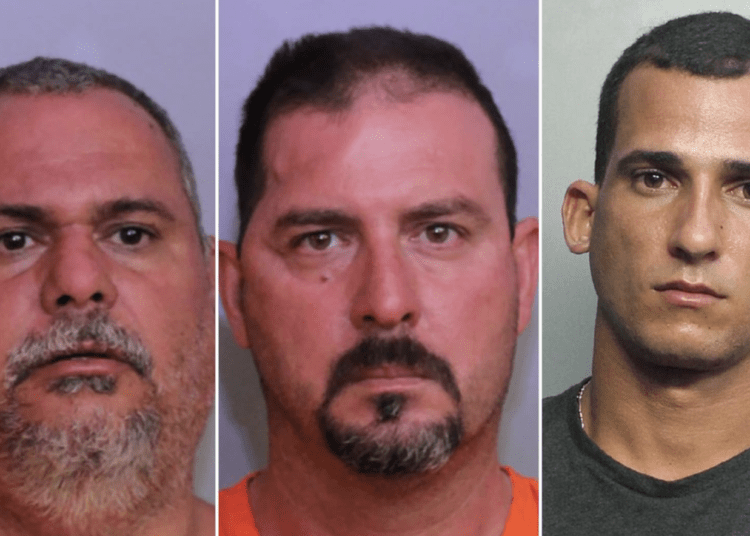 POLK COUNTY, Fla. — Three men accused of attacking a Florida wildlife officer and leaving him for dead at a desolate hunting ground over the weekend have been taken into custody, authorities said Monday.

A Florida Fish and Wildlife Conservation (FWC) officer responded to reports of night hunting, or poaching, around 9 p.m. to an area about one hour inside the grounds, Judd said.

The officer heard a gunshot and approached the three suspects. He disarmed the men of their shotguns and tried to detain the trio, according to authorities.

However, Judd said the suspects attacked the officer, beating him and running him over with an ATV before fleeing.

“After beating him and hitting him with the side-by-side, these men left the officer an hour deep in these woods and didn’t care if he survived,” Judd said.

The injured officer called for help and deputies with the Polk County Sheriff’s Office responded. Authorities used the GPS tracker on the FWC vehicle to find the injured officer, Fox News reported.

“[The suspects] decided that this was gonna be the night where [the officer] was gonna have to fight for his life, and that’s what he did,” said FWC’s Maj. Roger Young.

The officer was taken to a hospital for treatment. Officials said he was later released and was at home recovering.

50 yo Lazaro Milian, 45 yo Michel Amalfi, and 27 yo Rodrigo La Rosa, are all in custody and charged with attempted murder of a law enforcement officer. They attacked and left for dead a @MyFWC Officer who was patrolling in #LakeWales. Full details https://t.co/GwwITL1IZt pic.twitter.com/IfUh88J1i0

Nearly 100 law enforcement officers from the FWC, Polk County Sheriff’s Office, and six other agencies created a perimeter on the grounds and searched for the suspects, Judd said.

Investigators found a cell phone at the scene and a yellow ATV submerged in the water nearby, officials said. Once determining the phone belonged to Amalfi, investigators learned he had a camp in the area.

As a result, law enforcement officers reached the camp early Sunday, where they found Amalfi and Milian. The two men were taken into custody. However, La Rosa remained on the loose.

“We’re going to chase you to the ends of the earth or Miami, whichever it is, until we find you or put you in jail for attacking our officer last night,” Judd said at the press conference.

Fox reported that later Sunday, La Rosa was caught in Hialeah, a city in Miami-Dade County, and arrested.

Electrician goes on killing rampage after argument with boss