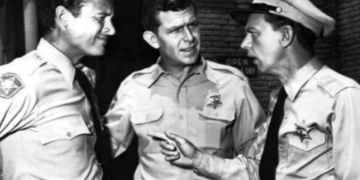 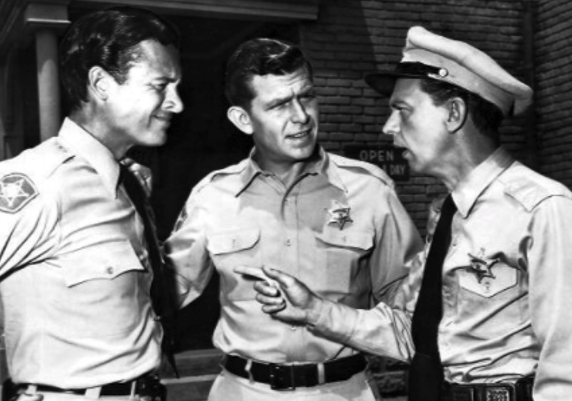 After reporting the news, I wondered what’s next, Andy Griffith? … Then it hit me!

As radical politicians entertain the idea of defunding or scaling back police operations, that is exactly what they want; the character, Sheriff Andy Taylor, from The Andy Griffith Show. And naively, they think it might work.

Sheriff Taylor was charming, witty, and personable. The guitar-playing lawman could solve any problem with wisdom and ingenuity. But the appealing trait—for today’s crazy political school of thought—is that he was unarmed most of the time.

The only time Sheriff Taylor needed a firearm was when a “real bad guy” showed up in town; something that occurred quite infrequently. Although his trusty deputy, Barney Fife (played by Don Knotts), carried a sidearm, it was unloaded. Barney kept a single bullet in his shirt pocket in case of emergency.

“Hey Ange (nickname for Andy), you want me to load my gun,” Barney would ask when potentially engaging any law violator other than Otis, the town drunk.

“Nah Barn, I think we can handle this a different way,” Andy would respond.

Well folks, this isn’t the fictitious town of Mayberry, and we have violent criminals that would make a mockery of it.

Antifa and their ilk do not respect appeasement, they trample it.

Radical activists are already winning the battle in Minneapolis, Seattle, and many other places where utopian-thinking mayors foolishly believe less police presence means more peace. They could not be more wrong! Antifa and their ilk do not respect appeasement, they trample it. The absence of law enforcement means more citizen exposure to all varieties of crime.

Providing radical activists with “space” simple opens the gates to mayhem, because America in 2020 isn’t Mayberry.