The rise of neo-socialism in America 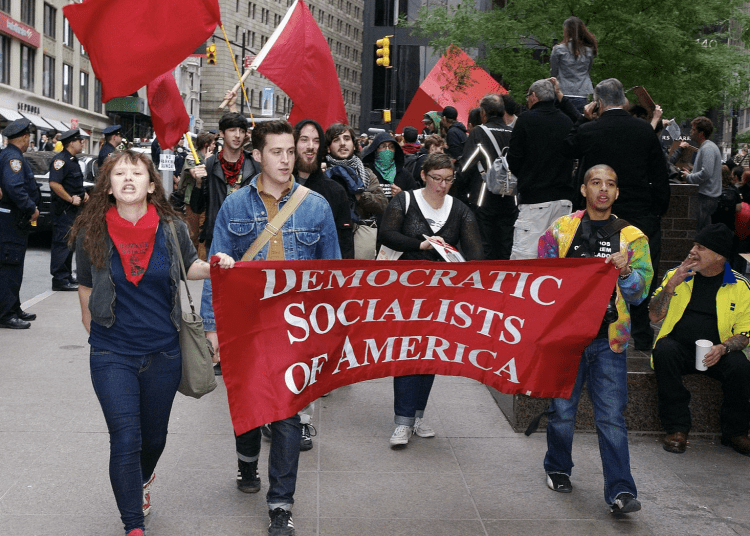 You would have to be blind or a Progressive Left ideologue not to see it. It’s almost like watching a slow-motion fatal car wreck happening right before your eyes as you stand by helpless to stop it. The Progressive Left has won the federal elections, and as they say, there are political consequences for those who lose elections. They now have conservatives, former Trump officials, and political supporters squarely in their sights and are not holding back with their political vendetta. The next two years are going to be more than rough for conservatives. To that end, I offer this historical analogy and a lesson from our world history.

Commencing in 1933, the persecution of the Jews began systematically, just as Adolph Hitler and his brown shirts assumed power. His ascension came right after the Italian fascist black shirt and Hitler’s mentor Benito Mussolini became Italy’s ruler. Hitler and his “squad” of Martin Bormann (Deputy Fuhrer), Heinrich Himmler (Head of the SS/Gestapo), Reinhard Heydrich (Himmler’s Chief Aide), Adolf Eichmann (Major Organizer of the Holocaust), and others held a deep and focused hatred for the Jews.

Once Hitler and his National Socialists (NAZI’s) had solidified their power base, they established many new anti-Jewish laws, in fact, over 2,000 between 1933 to 1945. These laws were introduced slowly at first so the populace would not immediately grasp the extent of the Nazi Party’s anti-Semitism. Hitler’s Propaganda Minister Joseph Goebbels was the Third Reich’s guru at publishing fake news that hid the Nazi regime’s terrifying realities against the Jewish people from the German people.

Let’s compare and contrast the New Progressive Left regime of Neo-Socialists comprised of the militant, Marxist Black Lives Matter and fascist Antifa movements already have and currently seek to accomplish under the incoming new Biden/Harris administration.

2021 – Amazon’s CEO Jeff Bezos declares his public and financial support for the Black Lives Matter movement. It removes my book, “The Truth Behind the Black Lives Matter Movement and the War On Police,” off Amazon shelves. Big Tech companies Facebook, Twitter, Google, and YouTube, begin shutting down President Trump’s accounts and countless conservative organizations and citizens.

1935 – 1936 Nazis tell companies not to hire Jews and remove many civil rights of Jews.

2021 – Progressive Left politicians like Maxine Watters, “The Squad” of AOC, Omar, Talib, Pressley, and House Speaker Pelosi and Schumer rail against Trump and conservatives, Forbes Magazine Editor in Chief Randall Lane tell corporations not to hire any of the people from President Trump’s administration.

1938 – Jews no longer offered education opportunities. Many Jews were removed from German colleges and universities.

2021 – Owners of AMC Theaters excluded 2020 Conservatives from the Trump Train from gathering in the business’ parking lot before the theaters open.

1938 – Kristallnacht (9 November) – a night of terrible violence in Germany. German and Austrian Jews are murdered, synagogues burnt and desecrated, and shop windows destroyed, thousands of Jews are arrested.

2021 – Members of Black Lives Matter and Antifa converge on downtown Seattle, Portland, Los Angeles, Detroit, Milwaukee, NYC, Philadelphia, Baltimore, And Washington DC for months, burning, desecrating, and looting stores, public buildings, police stations, and churches. Hundreds of buildings destroyed, thousands of people, including police, are injured, and scores are killed. Relatively few of the violent protesters are arrested. Most of those arrested are later released without charges by sympathetic prosecutors.

1939 – 1941 Jews have their passports stamped with a red letter “J” for “Jew.” Jews are forced to wear a yellow Star of David with “Jew” written on it to identify them as Jews. Hitler and his Third Reich henchmen blame the Jews for much of the nation’s problems.

2021 – The “Cancel Culture” comprised of Progressive Left Neo-Socialists, politicians, and supportive leftist media talking heads “out” conservatives, blaming Trump and his supporters for all of the nation’s ills.

Will Conservatives Soon Be Wearing Red Stars on Our Clothes? Are we as a nation of free people looking at the day in our not too distant future where conservatives and supporters of President Trump will have their passports stamped with a red letter “C” and be forced to wear clothes adorned with a red star marking us as conservatives? If history tells us anything, it reminds us that this could well be a reality.

In Nazi Germany and Austria, Hitler’s Propaganda Minister Joseph Goebbels created a false reality for the German-Austrian peoples and those European nations conquered by the Third Reich by taking over all written and electronic media. All information was generated and distributed by one source. All news and information that opposed the National-Socialist ideology were strictly forbidden. Those who provided an opposing view were “canceled” by imprisonment, sent to concentration camps, or in most cases, by execution.

Today, we see a dangerous conspiracy between such Big Tech monopolies as Amazon, Twitter, Facebook, Google, and YouTube to cancel President Trump, conservative politicians, news media and social media influencers, and millions of conservative voices. The obvious plan is to completely erase all of Trump’s accomplishments and the evidence of a stolen election and fill the void with Neo-Socialist and Progressive Left false narratives of pseudo-accomplishments Biden/Harris as we saw during the disastrous Obama-Biden administration.

In evidence, Facebook, Twitter, and YouTube, which is owned by Google, have already announced that they are removing all video references to election fraud on their social media platforms. Michael Simon is an American entrepreneur and analytics expert who notably led analytics efforts on Barack Obama’s 2008 presidential election campaign. The former President Obama staffer and social media influencer is the CEO of tech company Elucd. Simon has encouraged the development and financial support of a “blacklist” known as the “Trump Accountability Project.” Simon describes the project as creating “a permanent record of every Trump staffer, appointee, doner, endorser and enabler.” What does the tech company Elucd do, you ask. Elucd is a GovTech company that provides cities with a near-real-time understanding of how citizens feel about their government.

Elucd uses targeted digital advertising to “send” surveys in English, Spanish, Chinese, and Russian to users on various websites and social media platforms, through traditional landline calls, and over 50,000 smartphone apps — including Candy Crush and WeatherBug. However, Elucd can just as easily stream disinformation and Neo-Socialist propaganda as it can send out surveys – all in “real-time” on a smartphone, the information platform of our youngest generations.

Can you see how Simon’s Elucd fits nicely into Big Tech’s plans to use social media to create a One World, One Order environment where censorship and false narratives dovetail into large-scale propaganda streaming to the ignorant, uninformed, and uneducated masses?

Minimize, blacklist, censor, and erase conservatives and conservative thought. This is right out of Nazi Propaganda Minister Goebbels’ Third Reich disinformation playbook. The blacklisting of Trump staffers and supporters has also been supported by Neo-Socialist politicians such as Alexandria Ocasio Cortez (AOC) and others.

The singular focus of Big Tech and a complicit anti-conservative mainstream media will be the advocacy of the new Biden/Harris administration that will be controlled by former President Obama and financed by the profiteering coffers of Big Tech, nation destabilizer George Soros, the Obama and Clinton Foundations and scores or other Progressive Left, Neo-Socialist and Marxist “non-profits” such as the Black Lives Global Network, the Lincoln Project, pro-Open Borders advocates, anti-Second Amendment activists, and others. Get ready for it because it is surely going to happen.

Historically, there is little distinction between the steps the Nazi Third Reich took to censure, silence, and remove Jews from society from 1933 to 1945 and what the Big Tech, news media, and the political cabal are accomplishing right now except for the physical removal of conservatives to concentration camps.

Incredibly, we already hear some Neo-Socialist Progressives such as David Atkins, a newly elected member of the Democratic National Convention from California, and former PBS Principal Counsel Michael Beller, from taxpayer-funded news media PBS suggesting that conservatives and even their children be placed into “reeducation camps.” Atkins is quoted as saying that Democrats and liberals should “start thinking in terms of post-WWII Germany and Japan in order to deprogram 75 million (conservative) people.” Former PBS Attorney Beller has posted on social media that “we’ll put them (the children of Trump supporters) into reeducation camps.”

This is not merely idle, hateful “lib-speak.” Adults and our children have already been forced to undergo Neo-Socialist and Marxist re-education in class warfare, so-called “White Privilege,” “Critical Race Theory,” the controversial and false revisionist U.S. history theory of the “1619 Project,” and “sexual re-orientation” commencing in early grade school.

Conservatives are in for a very rough ride for the next two to four years of the Biden/Harris administration and perhaps for generations to come if the Republican Party cannot achieve unified leadership and a message.

Say whatever you want about President Trump. He may have his faults, but he has always had our backs and achieved tremendous accomplishments for our nation at home and abroad. He has sounded the warning bell of everything that has transpired to date during his time in office and before.

Unfortunately, President Trump’s warnings often fell upon the deaf ears of RINO Republicans and those in Washington who have rarely fought for our interests. This is why we now find ourselves squarely divided as a nation, see the People’s Capitol Building surrounded by armed troops and metal walls topped with barbed wire with no respite in sight.

Editor’s note: Republished with permission of the author.