10 Tips on how to base your decision 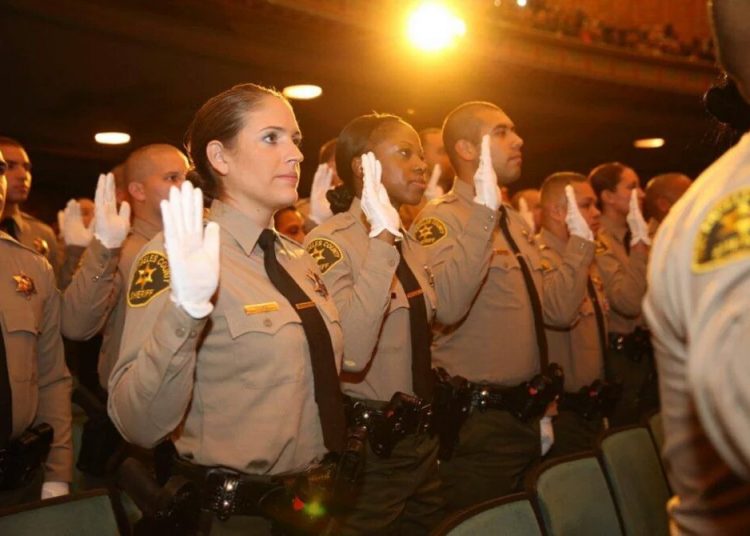 This is a challenging time for the law enforcement community. Systemic chaos, riots, insurrection, thousands of LEOs being injured with a growing number being murdered. Militant Marxist movements such as Black Lives Matter, and fascists like “Antifa” gaining control of our streets, creating “autonomous zones” and negatively influencing federal, state and local politicians who pander to a narrow group of political activists. So far, the “4-D’s” plan of the anti-law enforcement Black Lives Matter movement to “Disenfranchise, Distance, Defund and Dissolve” law enforcement who are the protectors and enforcers of the Rule of Law is gaining acceptance and federal, state and local left-leaning politicians ratify the behavior of violent protesters and move quickly to defund agencies with meaningless radical rhetoric like “Re-Imagine Policing.”

The morale in the law enforcement community is at an all-time low. Caliber Press, a staple source for law enforcement information, education and training recently surveyed over 10,000 LEO’s about their thoughts of the future of law enforcement. It was no surprise to many of us that 93% of those officers queried responded that they would not recommend a law enforcement career to anyone. In New York City, the famous NYPD which is the largest law enforcement agency in the world has seen over 800 officers put in their retirement papers in one month, with hundreds if not thousands more planning to follow their lead to bail from the department’s ranks – whether retiring or not. Thousands of officers around the nation are also leaving the career. They have had enough.

I recently spoke at an electronic conference of law enforcement trainers in Southern California. When surveyed, thirty percent of their department’s Best of the Best responded that their agencies were being defunded. My heart sank, but again, I was not all that surprised given the state of law enforcement today.

Those of us in the business of training know that in every budget cut, the first victims of the axe are training and recruitment. While radical anti-law enforcement activists pressure placating politicians to defund agency budgets to reduce police presence in their communities, and with the current media-fueled anti-police fervor, just who in their right mind will want to become a cop?

The reality is, however, that as attrition from the police ranks sets in, agencies whether defunded or not will be forced to recruit new officers. This article not only seeks to “re-imagine policing” in the future, but provides a ten point barometer of recruiting “red flags” to those still considering a career in law enforcement on what to watch out for if you want to have a meaningful, fulfilling and a successful career wearing the badge.

First, one must come to grips with the reality that even in a good and supportive environment, law enforcement is inherently dangerous. In fact, each year by far, many more law enforcement officers are murdered, violently assaulted and seriously injured than our military personnel deployed in all of our world theaters of conflict. LEO’s are regularly violently assaulted, ambushed and murdered in even our quietest communities, so just let that fact set in for a minute.

The inherent risks of “The Job,” are mitigated by having the proper mindset, situational awareness, good training, well-designed, common sense policies, and superior leadership and supervision. Training is the “hub of the wheel” in every law enforcement agency. As a forensic law enforcement practices expert, I will share that I have never investigated a single serious police-involved case where the central focus of success or tragedy was not an officer’s training. Simply stated, without a strong and adequately funded training program, an officer’s chances of physical and emotional survival on the street is significantly lowered. The same goes for the citizens we encounter as experienced officers know.

Superior leadership and supervision in law enforcement is a driving force that allows agencies and officers to operate safely and efficiently. Conversely, weak leadership and puppet uniformed bureaucrats “leading” a department without self-confidence who in fear of their job refuse to support their officers can be extremely dangerous and perhaps deadly to street officers. Such weak leadership is directly responsible for the enabling of violent protests, the creation of dangerous “autonomous zones,” the injuries to officers, the needless injuries and deaths to innocent civilians and the senseless destruction of private and government property.

Policies that are “politically” rather than safety-based, overly-restrictive and inconsistent with statutes and case laws are dangerous and expose both officers and the municipality to risk.

Safety equipment such as armored riot attire, support vehicles and less-lethal munitions save officer and civilian lives. When that equipment is defunded or denied, both officers and civilians pay a heavy price. The same goes for the arbitrary and capricious removal of certain police defensive tactics proven to be safe and effective such as the carotid restraint and other known defensive tactics ground fighting and control techniques.

The “political atmosphere” of employment should be a critical component of any potential applicant’s decision making process. Every person seeking a career in law enforcement needs to immediately lose the “TV Cop” mentality of the excitedly of a lights and sirens chase and instead focus on the following ten barometers or “red flags:”

Don’t fall prey to agency recruiters who attempt to beguile you with salaries, benefits, “signing bonuses,” and promises that after a couple of years on the job you will be able to transfer into a glamorous specialized assignment. None of those offers are worth anything if you end up working in an oppressive, politically-charged and dangerous environment where you are not respected nor appreciated by your community or its city and department leaders.

A career in law enforcement today is far from what it was twenty years ago. It can be and is in many areas of the country now a politically-charged, high-risk environment fraught with special mental and physical challenges. It is certainly not a job for the weak-minded, entitled, or in need of a “safe space” personality. However, for as many unfavorable work environments there are in this country, there are also some very good areas to work where communities respect and appreciate the work that law enforcement officers do.

If you are serious about community service as a LEO, and you want to provide some “give back” and enjoy a law enforcement career, take time, do your homework, seek out the sage advice of experienced current or recently retired officers and pay attention to the ten “Red Flag Recruiting” tips I have provided you with. Good luck and be safe!

Ron Martinelli, Ph.D., is a nationally renowned forensic criminologist and federal/state courts law enforcement practices and training expert. Dr. Martinelli is a retired police detective (San Jose, CA) and is the author of the best-selling book, “The Truth Behind the Black Lives Matter Movement and the War On Police,” (Visit: drronmartinelli.com to order.)

Share and speak up for justice, law & order...
Tags: hiringlooking for a jobmoralerecruitingred flagSpecial Topics