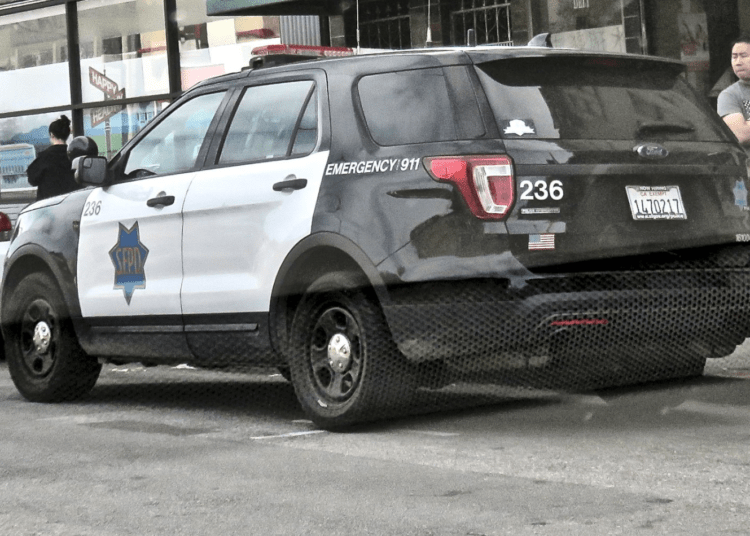 The Police Commission on Wednesday voted 5-0 to pass the resolution that also commits the department to “make bias-free policing a reality” and improve its use-of-force policies, according to Mission Local.

“This resolution is a small gesture to show that our department stands in solidarity for Black lives,” said Commissioner DionJay Brookter, who introduced the resolution.

However, the rank and file officers do not. The San Francisco Police Officers Association objected to the move in a letter sent to the Department of Human Resources before the meeting on Wednesday. The union said it had “serious concerns” about the move, fueled by some officers contacting the union “expressing concern over the matter.”

“Police stations are places for the citizens of San Francisco to seek help and assistance when they have become victims of crimes,” wrote Rains Lucia Stern of the St. Phalle & Silver law firm, which represents the union. “They are not places for political endorsements or alignment with political organizations.”

Having read the letter earlier in the day, the commissioners expressed their disgust. “I don’t understand it,” said Vice President Damali Taylor. “I don’t get why the letter talked about it being political speech, which is absolute horseshit.”

“If you have such a visceral reaction to a poster that says Black Lives Matter,” Taylor continued, “I want you to search your heart.”

Chief Scott made it clear that he supported the move. “The department is fully committed to this resolution,” Scott said. “Black lives do matter and they matter to this police department.”

It’s interesting that Scott would support BLM banners when he prohibited officers from wearing “Thin Blue Line” COVID-19 face masks that the POA distributed to officers in early May.

The masks were reportedly viewed as a political statement while the banners are not. Law Officer believes this to be an illogical conclusion, which ultimately supports criminal conduct while censoring a police tradition of honoring fallen officers. It isn’t right!

“This letter is another reminder that the POA simply does not get it,” said Commissioner John Hamasaki.

Actually, they get it, but leaders of San Francisco do not.