The Uvalde mass murder in addition to others around the country have driven home the necessity to place an officer in every school, officials say. 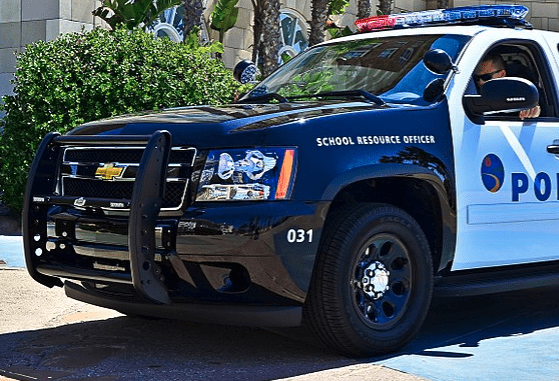 COLLEYVILLE, Texas – Students in the Grapevine Colleyville Independent School District returned to class on Wednesday, and the ISD has something new to help everyone feel safe in the months ahead.

The Colleyville Police Department announced it is adding six new school resource officers to the district in the coming months. The effort to assign a SRO to each school in the district began long before the Uvalde massacre, NBC DFW reported.

After being denied a grant in the past, Colleyville police finally have the funding to make it possible. This month, Colleyville City Council approved the Colleyville Crime Control and Prevention District budget for the upcoming fiscal year, earmarking more than $500,000 for officers’ salaries, according to the news outlet.

All six SROs will be assigned GCISD schools within Colleyville city limits, including one at Liberty Elementary, which is a part of Keller ISD.

Colleyville officials said the Uvalde mass murder in addition to others around the country have driven home the necessity to place an officer in every school.

“That’s one thing that we’re really trying to drive home with our whole department – is staying visible and being that presence in every single school that we have so that everybody feels safe,” Colleyvile Police Sgt. Dara Nelson said. “So that we’re learning the layouts of the schools, really becoming experts on our schools, and letting the staff, students and parents know that we’re here for them. We’re going to be there to keep them safe as often as we can.”

The police agency currently has three full time SROs assigned to some middle and high schools.

However, both police agencies are required to divide time checking on elementary schools since there is no no full time officer assigned. Fortunately, that is about to change, according to NBC DFW reported.

“We finally have the support where we can get the budget funding to be able to hire them on without any question,” said Nelson. “We have gotten approval and support from everybody in this city to be able to move forward with that. So we’re really excited to be able to give those students and staff the safety and security that they deserve, not just on occasion or when the time allows.”

The process to hire new officers and train personnel chosen to fill the SRO positions has begun. The department hopes placement will begin next school semester, although the chief cautioned it could take between 12 to 18 months to have all six officers hired, trained, and working in the schools.

On Monday a school resource officer in California disarmed a student who pulled out a loaded weapon during a fight, Law Officer reported.

Police said the fight erupted on campus around lunch time at Lincoln High School in Stockton. The school has an enrollment of approximately 3,000 students.

“When our SRO and school staff were breaking it up our SRO saw the [suspect] pull out a gun from his waistband and that’s when our SRO took him down on the ground and disarmed him,” Joseph Silva, a spokesperson for the Stockton Police Department said.

The teen was booked at juvenile hall on charges that included unlawful possession of a firearm, battery, criminal threats, and resisting arrest.